In interview, Tracy McGrady says he regrets signing with Magic

McGrady is one of the finest players in Magic history, but he says he wishes he'd stayed with the Raptors.

Share All sharing options for: In interview, Tracy McGrady says he regrets signing with Magic

As a 21-year-old, Tracy McGrady signed with the Orlando Magic in the summer of 2000, teaming with an in-his-prime Grant Hill with the aim of restoring Orlando to NBA relevancy.

But in an interview with the Toronto Star, McGrady, who announced his retirement from the NBA in August, told Dave Feschuk that he wishes he never left the Toronto Raptors for Orlando. "In hindsight, looking back, obviously I wish I had stayed in Toronto," McGrady said. "There's no doubt we could have contended for a championship. I think about that often. But if 'if' was a fifth, you know?"

McGrady said he chose Orlando over the Chicago Bulls because the people in his proverbial circle who were pushing the Bulls were not honest with their agendas. Nonetheless, he regrets his choice to sign with the Magic after his three-year Toronto career because he thinks he could have contended for a championship if he'd stayed. He called Toronto "the perfect situation" for him and Vince Carter, his older cousin.

In addition to potentially costing himself a chance at a championship, McGrady's choice of Orlando over Toronto may have shortened his career. "There's no doubt the first couple of years in Orlando, I didn't expect to have those minutes piled up on me," McGrady said in the interview. "I paid for it later on in my career." 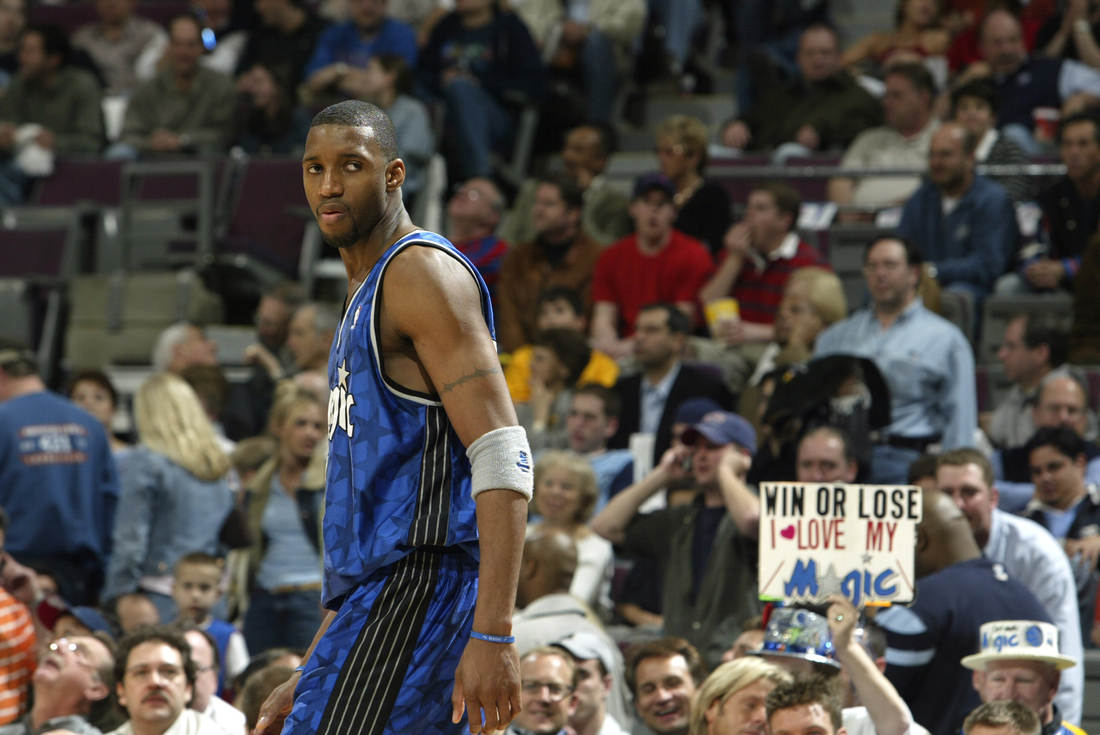 Tyler Lashbrook looks back at T-Mac's excellence in Orlando.

McGrady requested a trade from Orlando after four seasons, the final two of which he led the NBA in scoring. He spent five-plus seasons with the Houston Rockets, and then bounced around the league with the New York Knicks, Detroit Pistons, and Atlanta Hawks before signing with the San Antonio Spurs as deep-bench insurance for their 2013 NBA playoffs run.

It's tough to know how Orlando history would have shaken out if McGrady hadn't signed, given that Tim Duncan, the other top-dollar free agent available in 2000, stayed with San Antonio; these sorts of situations tend to raise more questions than answers. How, for example, might then-general manager John Gabriel have spent in free agency? How differently would we regard McGrady's career if he'd continued to grow as a second option next to Carter instead of as a leading man on a low-tier playoff team?

We don't know, and never will, but it's interesting--if not entirely fun, given the extent to which McGrady's dominance informed the experiences of thousands of Orlando fans--to think about.