An appreciation of Tracy McGrady

As SB Nation's NBA sites celebrate their teams' most hyped players, Tyler Lashbrook looks back at T-Mac's excellence in Orlando.

Share All sharing options for: An appreciation of Tracy McGrady

There are few athletes in my lifetime that have transcended the way that I, as a fan, watch sports. These players, though not necessarily considered the greatest of their generation, have a way to bring joy to me when I watch them in their profession. There's Tiger Woods, who is solely responsible for turning me on to golf, a sport that I once found utterly repulsive and boring. There's Candace Parker and Brittney Griner, who both played pivotal roles in turning me into a women's basketball fan, an entire facet of sports that the once-fatuous 13-year-old me refused to watch. There's Yasiel Puig , who has single-handedly amped up my baseball fandom. 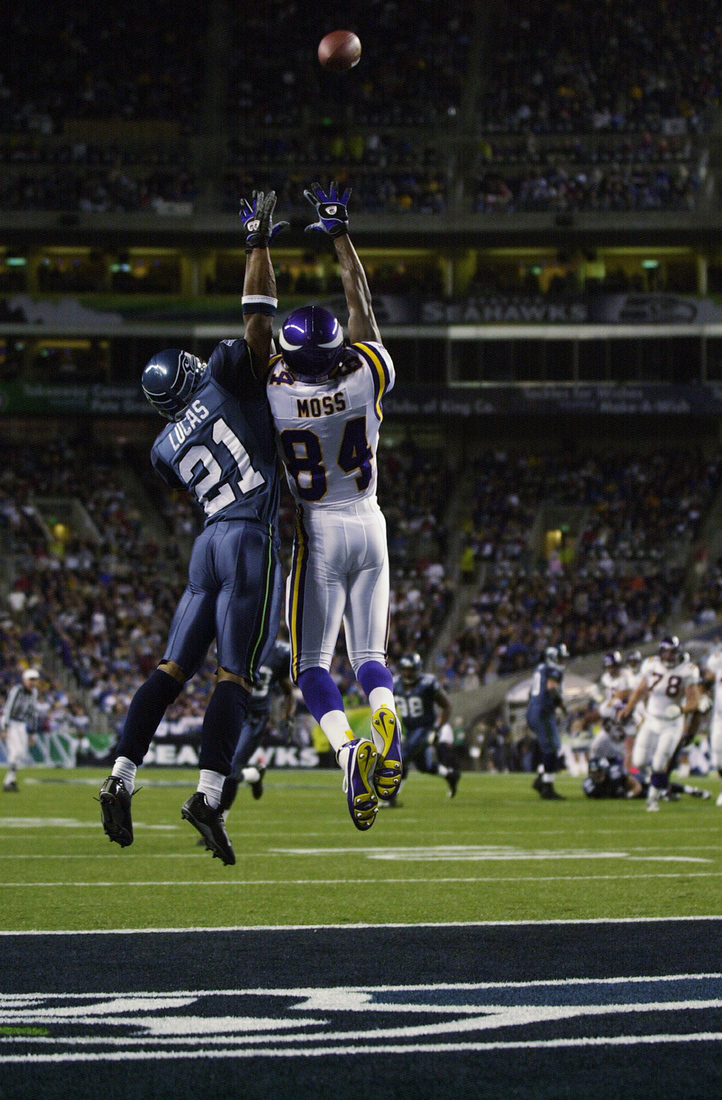 In football, that player was Randy Moss. My first memory as a Minnesota Vikings fan is of Moss' rookie year. Moss sliced through defensive backs as if he was floating inches above the ground. When he jumped to catch a pass, he flew so high that the hands of his outreached defenders barely touched his helmet, as he snatched balls from what seemed to be 20 feet in the air.

I remember that Moss was always the fastest player on the field, even though he stood a towering 6-foot-4. When he turned on the jets, no one was catching him. His hips turned so smoothly as he planted his feet and cut in-and-out of routes. When he cut across the middle -- he didn't always run straight down the field -- he would snag balls, out of mid-air, with his arms extended just before he could be hit by a wading, hard-hitting safety, as if his hands were made of glue. He made mediocre quarterbacks -- an aging Randall Cunningham and a boneheaded Daunte Culpepper -- look like legitimate Pro Bowlers.

When in 2007 Moss went to the New England Patriots, a team that I respectfully despise, and dominated defenses to the tune of 23 touchdowns, I couldn't help but sit back, smile and, somehow, root for my childhood hero to finally have some vindication for the on-the-field and off-the-field issues he had leading up to that point in his career. Had David Tyree not caught Eli Manning's prayer on the top of his helmet, or had Asante Samuel intercepted Eli Manning's pass just a few plays earlier, Moss would have won a Super Bowl.

How would the tag "Randy Moss, 2007 Super Bowl champion" shape the way we look at him as a player? Would we be okay calling him the "greatest receiver since Jerry Rice" or would he still be labeled a waste of talent who never quite "got it" and wasted his enormous God-given potential? There have always been rumblings that Moss flat out gave up on teams, that he never gave the effort needed to be deemed The Greatest. That's the same type of dirt-ridden, bombastic slander that a quick "Tracy McGrady" Twitter search is likely to yield.

Tracy McGrady is one of the greatest, most transcending talents the NBA has ever seen. The problem? His teammates weren't of the quality associated with championship -- or even second-round-caliber -- teams. In 2000/01, McGrady's best Orlando Magic teammates were a 29-year-old Bo Outlaw; Darrell Armstrong, who, bless his heart, had the best season of his career; a rookie Mike Miller; and an injured Grant Hill, who managed to play a whopping four games. McGrady carried the team, in his first season being The Man, with 26.8 points, 7.5 rebounds, 4.6 assists and 3 combined steals and blocks. The 2001/02 Magic put together a better team, with a surging Pat Garrity, Troy Hudson, a recently re-signed Horace Grant, and a 39-year-old Patrick Ewing. McGrady upped his assists to 5.3 per game and saw a slight increase in his PER from 24.9 to 25.1.

In 2003/04 McGrady captured his second consecutive NBA scoring title by averaging 28 points per game. This was the year that McGrady also put up the ridiculous 62 points against the Washington Wizards. The team, however, had bad luck with injuries and limped to a 21-62 record and the no. 1 overall pick that ended up being Dwight Howard. But Howard and McGrady never teamed up as the Magic shipped McGrady, Juwan Howard, Tyronn Lue and Reece Gaines to the Houston Rockets for Steve Francis, Cuttino Mobley and Kelvin Cato. I was only 11 years old when this trade went down, but I remember being devastated that my favorite team was trading my favorite player. And in retrospect, this was one of the worst trades in NBA history.

McGrady played with the Rockets until 2010, then bounced around to a bunch of teams. Let's try not to remember McGrady's career after 2010, because it's a lot less depressing that way. Let's just watch him score 13 points in 33 seconds instead.

Whereas Moss got a chance to be surrounded by one of the best quarterbacks of all time in Tom Brady and a Hall-of-Fame coach in Bill Belichick, McGrady was surrounded, for the most part, by role-players. And herein lies the difference between my two favorite athletes in my two favorite sports. McGrady's 2012/13 playoffs with the San Antonio Spurs was a lot like Moss' 2012 campaign with the San Francisco 49ers. Moss played a much bigger role but was far from a game changer. In both cases, I vehemently rooted for their respective teams to win the Super Bowl because, well, I guess I'm just a loyal guy.

In Orlando, Shaq lived up to the hype 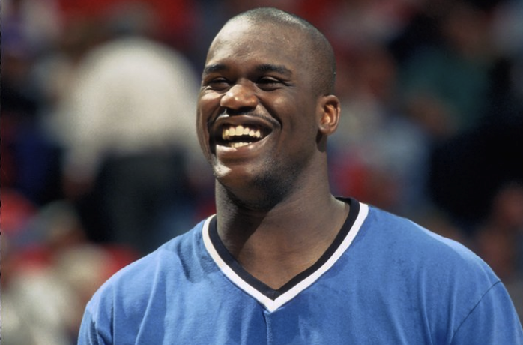 In OPP"s other Most Hyped entry, Mike from Illinois remembers Shaq's career in pinstripes.

Today is "Most Hyped" day at SB Nation. And with McGrady's recent retirement, I see no one more relevant to talk about when it comes to hype. Blame him for not getting out of the first round with the Magic all you want, but the guy averaged 33.2 points, 5.1 rebounds and 5.9 assists in 15 postseason games with Orlando. Only Jordan, James and Wade have ever averaged those numbers in a single playoffs. McGrady averaged that over three playoff series with Orlando. To me, that's living up to any "hype" that you can set for a player.

I'm biased, I'll admit, but it's hard not to be. I grew up in awe of McGrady's every move. Every pull-up jumper was a flawless motion with little-to-no wasted movement. His ability to slice through defenses with a tight, unprecedented handle was a thing of beauty. His ability to contort is body at the rim, at his size, was unlike anything anyone has ever seen. He could score, at will, from mostly anywhere from the floor. But what was most impressive about T-Mac was his willingness, and ability, to pass the ball. In 2002/03, when he averaged over 32 points per game, he had an assist rate of 30 percent. That puts him with Jordan, Tiny Archibald and Allen Iverson as the only players to ever score over 32 points per game and have an assist rate of over 30 percent.