The young Magic forwards hosted kids from the Boys and Girls Club for a screening of Cloudy with a Chance of Meatballs 2.

On Wednesday afternoon, Orlando Magic forwards Maurice Harkless and Tobias Harris headed to the movies. They had some young friends with them. As John Denton of OrlandoMagic.com writes, their guests at the screening of Cloudy with a Chance of Meatballs 2, which won't see wide release until Friday, were 90 kids from the Altamonte Boys and Girls Club. The Magic Dancers and former player Bo Outlaw, now a Community Ambassador, joined Harris and Harkless for the event.

Brenda Scott, an administrator a the Boys and Girls Club, told Denton that she had her students "submit essays about what the Magic mean to the Central Florida community." She granted the students with the best essays the opportunity to attend the screening and spend some time with the Magic's youngsters. Denton says that Harris "addressed the students and talked about the importance of getting good grades and having fun." 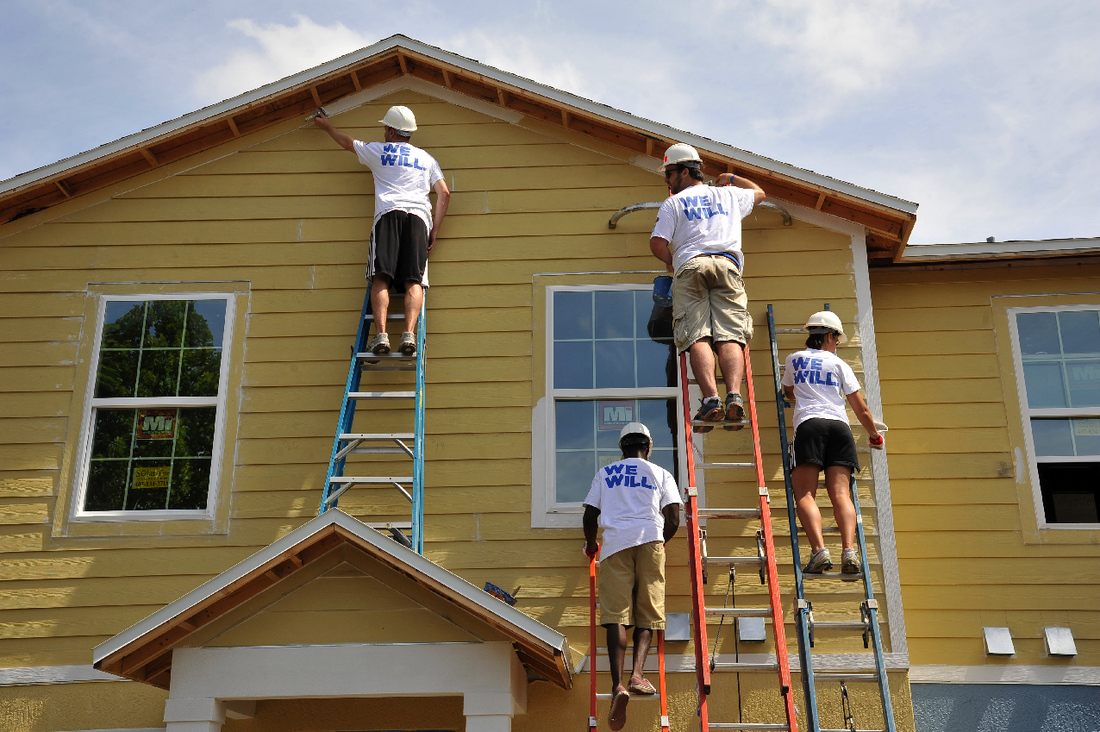 Magic employees at a Habitat for Humanity project in 2013. (Gary Bassing - Orlando Magic)

The Magic released three photos of the event. Those photos are embedded above.

Elsewhere in Orlando community outreach, the Magic said Tuesday that their Magic Volunteer Program contributed 6210 hours of community service from July 1st, 2012-June 30th, 2013, bringing the organization past its stated goal of 6000 hours. According to the team, its employees have volunteered for more than 41,000 hours since 2006.