Orlando's next season gets underway on October 28th against the Washington Wizards.

The Orlando Magic, along with the rest of the NBA, announced their full 2015/16 regular-season schedule Tuesday. The complete slate is available at the Magic's official website. Here's a look at the highlights:

The Golden State Warriors, coming off their first championship in 40 seasons, make their lone visit to the City Beautiful on Thursday, February 25th. Assuming good health, reigning league MVP Stephen Curry will be in attendance. Tip time is 7:00 PM Eastern.

A CliffsNotes guide to every NBA team's schedule 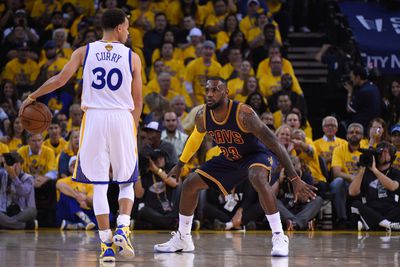 Mike Prada breaks down every team's schedule in this handy post at SB Nation NBA.

The Magic are designated the home team for their game against the Toronto Raptors on January 14th, but they'll be far, far away from Orlando: indeed, that game will take place in London, England as part of the NBA's Global Games. It tips at 3:00 PM Eastern and will be televised on NBA TV.

Kyle O'Quinn, the former second-round Draft choice who blossomed into a rotation player with the Magic, visits Orlando with his New York Knicks just once in the 2015/16 season. That game is set for Wednesday, November 25th, at 7:00 PM Eastern.

Dwight Howard, the Magic's all-time leader in points and rebounds, visits with the Houston Rockets on Wednesday, December 23rd. Tipoff is set for 7:00 PM Eastern.

Hail to the King

LeBron James, who has appeared in each of the last five NBA Finals series, will make two visits to Orlando. The Cleveland Cavaliers first come calling on Friday, December 11th, at 7:00 PM. They next journey to Central Florida on Friday, March 18th.

Single-game tickets for Magic home games go on sale Friday, October 9th, at 10:00 AM. The team encourages its fans to visit OrlandoMagic.com or to call 407-89-Magic for more ticket information.

Which games are you most excited to see?