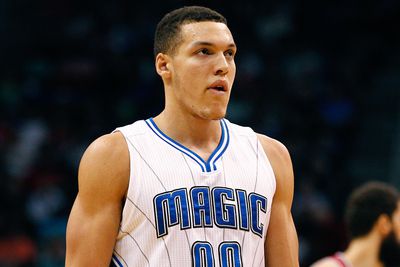 Gordon, according to OrlandoMagic.com scribe John Denton, sustained the injury while "horsing around with" Drew Gordon, his older brother. The elder Gordon appeared in nine games for the Philadelphia 76ers in the 2014/15 season.

A broken foot cost Aaron Gordon much of his rookie season. In 47 appearances, including eight starts, the Arizona product averaged 5.2 points and 3.6 rebounds.

During Orlando Pro Summer League play, Gordon broke out, averaging 21.7 points, 11.7 rebounds, and three combined steals and blocks per game. He shot 50 percent from the floor and from three-point range, showing the kind of versatility and productivity which prompted Orlando to select him fourth overall in the 2014 NBA Draft.

As Denton writes, Gordon "is expected" to recover in time for the start of Orlando's regular season.