Vote for your favorite NBA Draft prospect in this space.

The NBA Draft is nearly upon us, so what better time to gauge the Orlando Pinstriped Post community's ranking of favorite prospects? That's right: the OPP community Draft board has returned. 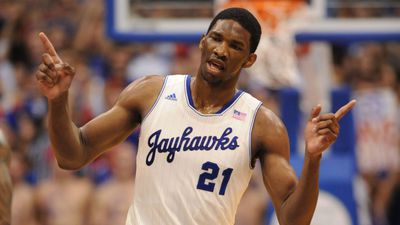 Here's how the OPP Community Draft Board shaped up in 2014. The Magic, picking fourth, wound up selecting Aaron Gordon, who ranked eighth among OPP readers.

In the poll attached to this post, please vote for your favorite NBA Draft prospect, the one who should lead the Magic's Draft board, even though they won't pick until fifth overall. Your pick could be the player you think is the best in the Draft, but you are of course welcome to pick someone you think would best fit Orlando's needs, regardless of whether or not he's the best player available. That call is entirely yours to make. Our goal with this series of posts is to get an idea of where Magic fans' collective minds are with regard to the Draft.

Having laid out the rules, let's vote! The poll closes at midnight Sunday. We'll reveal the winner and keep the voting rolling daily as often as we can leading up to the Draft on June 25th.