What implications does Chicago's shake-up have in the City Beautiful?

The Chicago Bulls on Thursday announced they've dismissed coach Tom Thibodeau, freeing him from the final two years of his contract. Here's a quick look at how that move affects the Orlando Magic, one of four teams--including Chicago--now seeking a head coach. 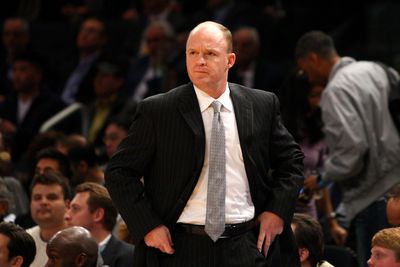 Maybe the Bulls' dismissal of Thibodeau won't affect the Magic at all. One report early Monday indicated Orlando would soon hire Scott Skiles as coach.

Magic can negotiate with Thibodeau

If Orlando is interested in having Thibodeau continue its rebuilding effort--and a report earlier in May suggested it is--then it can engage Thibodeau and his representatives in discussions without having to seek permission from the Bulls.

Magic don't have to offer compensation to Chicago

As Thibodeau has two seasons remaining on his contract, it would have been within the Bulls' rights to seek compensation for freeing him from it. In 2007, for example, the Magic had to compensate the Miami Heat two future second-round NBA Draft picks in order to hire Stan Van Gundy, then a Heat consultant, as their coach. More recently, the Los Angeles Clippers surrendered a future first-round Draft choice to the Boston Celtics in order for Boston to free Doc Rivers from his Celtics contract.

But now that Thibodeau is a coaching free agent, Orlando will not have to sacrifice any future assets in order to obtain his services.

Chicago joins Orlando, the New Orleans Pelicans, and the Denver Nuggets among NBA teams seeking new coaches. The Bulls are almost certainly a more desirable destination for coaches on the market, given their wealth of talent and readiness to win now.

In one sense, then, Thursday's news works against Orlando in that the best and most qualified coaching candidates are, in theory, more likely to have interest in the Bulls. But it's also possible that, given the disparate states of the two franchises, Orlando and Chicago will have different criteria in mind when it comes to their coaching searches.