Orlando absolutely had to upgrade its spacing, given the departures of several volume shooters earlier in the offseason.

The Orlando Magic's reported agreement to sign free-agent big man Channing Frye makes sense for at least one reason: the team desperately needs shooting, and he 31-year-old can provide it in spades.

Let us consider some facts:

Entering Monday, one could make a compelling case that replacing some of those players' attempts, and in turn the concurrent floor spacing the threat of their marksmanship provides, ought to have been the Magic's top priority. And by day's end, they had secured an agreement with one of the league's best floor spacers.

Indeed, outside shooting is the skill with which Frye has distinguished himself at the NBA level. The 6-foot-11 beanpole connected on 37 percent of his triple-tries for the Phoenix Suns in 2013/14, taking 5.3 treys per contest and keeping the floor spread for the likes of Eric Bledsoe and Goran Dragić.

Roy Devyn Marble and Willie Green attempted a fair amount of treys in their previous stops--Marble as an Iowa Hawkeye, Willie Green with the Los Angeles Clippers--but their accuracy wasn't commensurate with their volume.

Though Evan Fournier shot 38.1 percent across two seasons with the Denver Nuggets, for whom he says he played primarily as a stationary shooter, he figures to have more playmaking and initiating responsibilities with Orlando, thus theoretically giving him fewer spot-up looks.

And then there's Ben Gordon. 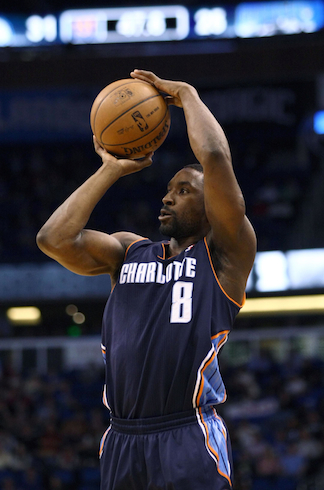 The 10-year veteran will become Hennigan's biggest-name, and most-maligned, free-agent signee after the NBA moratorium on player movement ends July 10th. He topped a 20-points-per-game average twice in his five seasons with the Chicago Bulls, but his career reached its nadir with the Charlotte Bobcats in 2013/14, during which he made just 19 appearances and struggled in all phases of the game.

But Gordon can still shoot it. In his first Charlotte season, the former Sixth Man of the Year shot 3.9 treys per game at 38.7 percent. And even as an overpaid, disappointing member of the Detroit Pistons in three previous seasons, he knocked down 37.9 percent of his treys.

Given Gordon's precipitous decline and questions about the availability of playing time in Orlando's crowded wing rotation, it's fair to wonder if adding him will help the Magic's three-point bottom line. In the best-case scenario, Gordon would develop into a spot-up specialist, a kick-out target for the likes of Payton and Victor Oladipo on their forays to the rim. In the worst-case scenario, Gordon would select his shots as questionably as he did in Charlotte, in which situation he'd become essentially unplayable.

But there are no such questions about Frye: Among players 6-foot-11 or taller to attempt at least two treys per game since the 2010/11 season, only Dirk Nowitzki has drained a better percentage of his three-point looks than Frye. The point about size is important. Having wings who can shoot is terrific for an offense, sure. But having bigs with a perimeter shooting touch can prove even more beneficial because it unclogs the lane by pulling a defensive big away from it. Spending time alongside a floor-spacer like Frye ought to speed the development of Payton, Oladipo, Tobias Harris, and Nik Vučević, each of whom needs room with which to operate given their respective offensive strengths and weaknesses.

Question the wisdom of the rebuilding Magic's decision to splurge on a 31-year-old specialist if you must. Wonder about how his presence will affect the playing time available to members of Orlando's young core if you wish. But at least two facts remain crystal clear.

The Magic needed shooting and spacing.