NBA free agency 2014: Where do you want Jameer Nelson to sign?

The Orlando Magic on Monday granted Jameer Nelson, a 10-year veteran of the 26-year-old franchise, his release by waiving him, realizing approximately $6 million in salary-cap savings in the process. Now that Nelson's a free agent for the first time in his career, he can sign with any team willing to make him a competitive offer. The question for Magic fans is simple: where do you want him to sign? 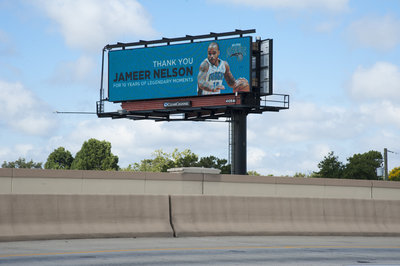 The team rented two billboards, redecorated the homepage of its website, and posted a message outside its arena in honor of the veteran guard, whom it waived Monday.

Though coming off an uneven season, the 6-foot point guard figures to have no shortage of suitors. Bleacher Report scribe Jared Zwerling wrote Wednesday that "about 15 teams" are interested in Nelson.

The overwhelming majority of Magic fans, one assumes, wants Nelson to land with a championship-contending team, both so he can win a title, perhaps even before Dwight Howard does. But how would they react if he decided to take his talents to South Beach to play with the hated Miami Heat? Would those fans still support him then?

It's an interesting question to consider, which is why we offer the poll embedded in this post for Orlando Pinstriped Post readers to express their opinions.