Did the Orlando Magic get worse over the summer?

Share All sharing options for: Did the Orlando Magic get worse over the summer?

The addition of Luke Ridnour likely completed the Orlando Magic's offseason tweaks, as it gave them a full complement of 15 players more than two months ahead of training camp. Will their tweaks pay off? Only time will tell, but the view from SB Nation NBA editor Tom Ziller's perch isn't optimistic: he names Orlando among three bad NBA teams that managed to take a step back in the 2014 offseason.

How can the Magic use Channing Frye? 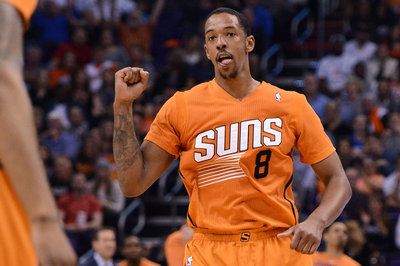 Tyler Lashbrook studies the film to answer that question.

Rookie point guards like Elfrid Payton, whose rights the team acquired from the Philadelphia 76ers the night of the 2014 NBA Draft, "tend to struggle" early on, according to Ziller. While second-year pro Victor Oladipo figures to improve, he's "unlikely" to replicate the efficient production of Arron Afflalo, who departed via a different Draft-night trade.

Free-agent big man Channing Frye ought to boost the Magic's outside shooting, but Ziller is less bullish on Luke Ridnour and Ben Gordon's chances of taking Orlando to the next level. Ultimately, he concludes that the Magic should aim for another 23-win season, because "I don't see such a young, unsettled core doing much more yet."

For a more optimistic view, consider Kevin Hetrick's take at Nylon Calculus, which story magicfaninTN linked in the FanShots. Hetrick names the Magic one of the offseason's big winners, noting that the newcomers Frye and Evan Fournier figure to produce 13 wins at just $10 million in combined salary.