The team has made the reported deal official.

The Orlando Magic have officially announced they have signed Ben Gordon to a free-agent contract. Orlando did not disclose terms of the deal, citing team policy, but the reported agreement is worth $9 million over two seasons, with a team option on the second year. 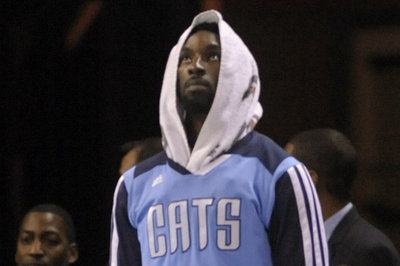 Why would a rebuilding team make an undersized, over-30 guard one of its highest-paid players?

"Ben brings valuable experience to our team,” Magic general manager Rob Hennigan said in a statement. "His competitiveness and ability to score and stretch the floor adds versatility to our backcourt and overall roster. We are excited to welcome Ben to the Orlando Magic family."

Gordon, 31, is coming off the worst season of his career. Playing for the Charlotte Bobcats, he made only 19 appearances after falling out of favor with coach Steve Clifford. In his prime years with the Chicago Bulls, Gordon cultivated a reputation as an outside-shooting threat, and he owns a career three-point accuracy mark of 40.2 percent.

In 10 professional seasons, Gordon has posted per-game averages of 15.6 points, 2.6 rebounds, and 2.6 assists on 43.2 percent shooting from the floor.