The team rented two billboards, redecorated the homepage of its website, and posted a message outside its arena in honor of the veteran guard, whom it waived Monday.

The Orlando Magic on Tuesday announced they've rented two billboards in Orlando, using both of them to thank Jameer Nelson for his 10 years of service to the team. The Magic waived Nelson on Monday. 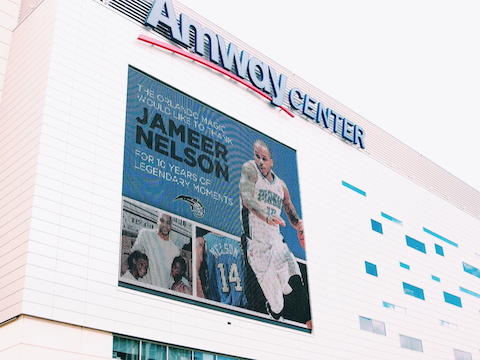 The billboards are located on the S.R. 408 and Kirkman exchange and on I-4 between the exits for Michigan and Orange Blossom Trail.

In addition to posting the billboards, Orlando has redecorated the homepage of its website with a thank-you message for Nelson. A similar message appears on the exterior of Amway Center.

On the Magic's all-time leaderboard, Nelson ranks second in games played, third in minutes played, fourth in scoring, and first in assists.