Houston will decline its option on the Casselberry native, giving it the right of first refusal on any contract he signs over the summer.

Share All sharing options for: NBA free agency 2014: Houston Rockets to make Chandler Parsons a free agent, according to report

Citing "league sources," Adrian Wojnarowski of Yahoo! Sports reported Tuesday evening that the Houston Rockets will enable Chandler Parsons to become a restricted free agent in July by declining the fourth-year option on his contract. As such, the Rockets will have the right to match any offer Parsons signs with another club. 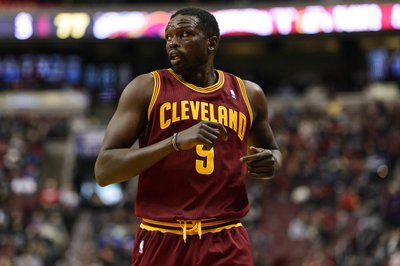 Despite having plenty of salary-cap room, Orlando doesn't figure to play a big role in the NBA's annual free-agent spending spree, a report says.

Given the Orlando Magic's general dearth of talent and specifically on the wings, Parsons would seem to be a natural fit for his hometown team. The Lake Howell product, now 25, posted career-bests in per-game scoring (16.6), rebounding (5.5), and assists (four) in his third professional season while posting a True Shooting mark of 56.5 percent.

Though the Magic will have spending power in the free-agent period, a report Monday suggested that they're unlikely to use much of it, as they'll soon need to offer new deals to center Nik Vučević and forward Tobias Harris. Though not a max-contract player, Parsons figures to command a salary in the low eight figures annually--according to Wojnarowski, "league executives" peg Parsons' value at around $12 million--and the championship-hungry Rockets are likely to match any offer in that range.