The team held a press conference Wednesday to make the news official.

Williams and Anderson mark the first two inductees into the team-centric Hall of Fame, located on the terrace concourse of the Amway Center. According to Zach Oliver of Baller Mind Frame, the team will have one Hall of Fame class per year. 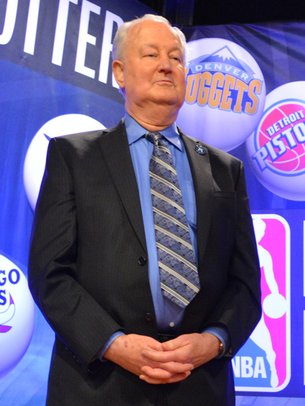 Williams played an instrumental role in bringing the NBA to Orlando, resigning his role as the Philadelphia 76ers' general manager to rally the City Beautiful to his cause. Along with television broadcaster David Steele and equipment manager Sid Powell, Williams stands as one of three people to have been with the Magic organization since its inception.

The Magic made Anderson the first Draft choice in team history, selecting him 11th overall in 1989. In his 10-year Magic career, the Chicago native appeared in 692 games, scored 10650 points, hauled in 3667 rebounds, and dished 1937 assists. In team history, those numbers rank first, second, third, and fifth, respectively. He also made arguably the most memorable play in Magic annals when he stole the ball from Chicago Bulls guard Michael Jordan in Game One of the 1995 Eastern Conference Semifinals to secure a 94-91 victory for Orlando in that series. The Magic would go on to defeat the Bulls and Indiana Pacers en route to their first NBA Finals appearance.

The Magic first announced their plans to open a team-centric Hall of Fame in November.