Atlanta's win on Saturday assured the Magic of a second lottery pick in June's NBA Draft.

The Atlanta Hawks upset the Miami Heat, 98-85, on Saturday to earn their 37th win of the season and thus clinch a playoff berth, meaning the Eastern Conference's postseason field is set. And that field will not include the New York Knicks: the Hawks' win assured that the Knicks will fall short of making the playoffs. 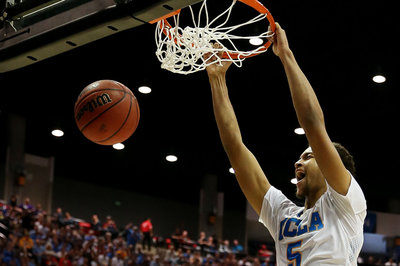 Tyler Lashbrook looks at players, such as UCLA's versatile Kyle Anderson, who might be available when the Magic use the WoNK in June.

Orlando Magic fans have kept a close eye on the Knicks' performance throughout the 2013/14 season, and for good reason: as a result of the Dwight Howard trade in August 2012, the Magic will receive a first-round Draft choice in 2014 from either the Knicks or the Denver Nuggets, whichever selection is less favorable. Around OPP, we've termed that selection the WoNK pick. In conjunction with Orlando's own first-rounder, which will likely land among the top seven, the WoNK gives the Magic another asset as they look to rebuild.

The Nuggets fell out of playoff contention weeks ago, raising Magic fans' focus on New York's season. Those fans can rest a bit more easily now.