In a new video, three members of Orlando's young core fire back to tweeters who sent unkind messages about them.

In a video the team posted on its website Monday, the Orlando Magic invited Maurice Harkless, Tobias Harris, and Kyle O'Quinn to read and react to so-called Mean Tweets some Twitter users had sent them via the famous microblogging site. It's a riff on a concept Jimmy Kimmel made famous on Jimmy Kimmel Live! in 2012, and it works like gangbusters with the three youngsters Orlando asked to participate. 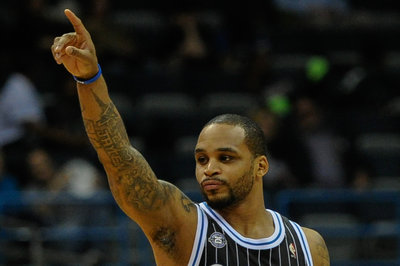 We used a new Twitter tool to comb the site's archives for the first tweets the Magic's current players ever sent.

For example, in response to a tweet which reads "Tobias Harris looks like JCole...." Harris glares at the camera and intones, "How original. Great tweet. I hear that every day." A quick Google Images search reveals the musician indeed bears a resemblance to the third-year forward, if for no other reason than their similar facial hairstyles.

Later on, Harkless addresses a tweet from Mike Prada of Bullets Forever and SB Nation, and O'Quinn zings Harris for having a questionable hairline.

The whole video, which clocks in at one minute and 45 seconds, certainly merits your attention.