Orlando opted to bring back the rookies for another 10-day period.

Adonis Thomas breaks down his game 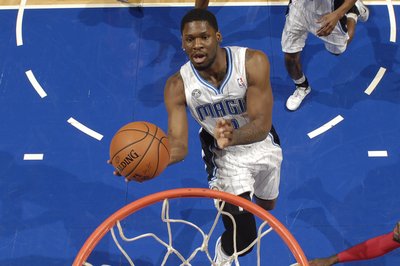 The Memphis product describes the skills he brings to Orlando.

Dedmon has played four minutes over two games for Orlando, tallying five points and three rebounds on 2-of-3 shooting. In three appearances, Thomas has logged 23 minutes and shot 3-of-9 from the floor for seven points.

Orlando is the third team for Dedmon, 24, in his rookie season; he previously played for the Golden State Warriors and Philadelphia 76ers. Orlando called him up from the Santa Cruz Warriors of the NBA D-League, for whom he averaged 15.2 points, 13.5 rebounds, 1.5 steals, and 2.3 blocked shots on 54 percent shooting.

Thomas, meanwhile, came from the D-League's Springfield Armor. In 26 games there, including 21 starts, he averaged 16.2 points and 4.2 rebounds per game on 46.3 percent shooting from the floor and 46.9 percent shooting on three-pointers.

Both Dedmon and Thomas went undrafted in 2013 after playing collegiately at USC and Memphis, respectively. In two seasons in a Trojan uniform, Dedmon averaged 7.1 points, 6.4 rebounds, and 1.7 blocks. Thomas averaged 12.4 points and 4.5 boards at Memphis.