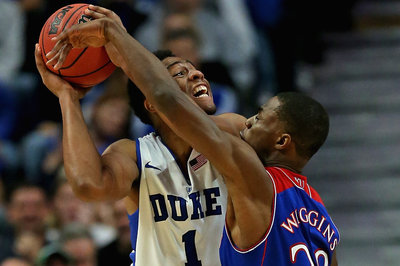 Tyler Lashbrook breaks down the games of the two highly touted prospects.

"What I get out of Orlando right now is that it leans towards Wiggins," Ford says, after noting that Orlando's top positional priority is for a point guard. "You can put Victor Oladipo at the point, where they've really been training him all year, and you can put him in the backcourt with Andrew Wiggins, and you're talking about one of the most freakishly athletic backcourts in the NBA from day one."

At 19-48, Orlando owns the league's third-worst record through Sunday's games. Were the Draft Lottery held Monday, the Magic could pick no worse than sixth in June.