The former Magic point guard took to the radio Thursday to dish on his time with the team.

The Orlando Magic will continue to honor their history in their 25th anniversary season Friday against the Washington Wizards by acknowledging the contributions Darrell Armstrong made to Orlando in his nine-year Magic career. Thursday afternoon, Armstrong, now an assistant coach with the Dallas Mavericks, joined Dante Marchitelli on Magic Drive Time via telephone in advance of the ceremony.

Not a Flash in the pan 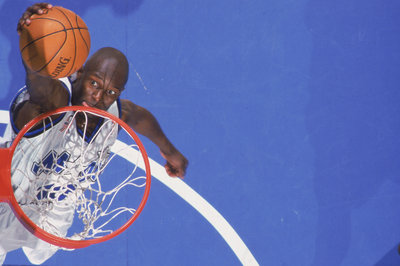 Armstrong made a name for himself with his hard-nosed style of play, which style he developed in his youth as a football player, he told Marchitelli. It's gratifying that he still hears praise from fans for leaving it all on the floor, so to speak.

"The props that I get from fans that I get throughout the world is, 'we appreciate how hard you played the game. I really enjoyed watching you. You always gave it your all,' and that's rewarding to me," Armstrong said.

The sense of pride Armstrong derives from fans' response to him manifested itself later in the interview, when a discussion of his Magic days moved him to tears.

"The fans just cheered my name," he said, recalling a specific playoff game, his voice cracking with emotion. "That's what I always play back in my head because that was an opportunity for me, as a player, to grow. To have these fans behind me, it just continued to build for me. That's why Orlando's always been special for me is because of the fans. They always had my back."

The man once nicknamed Flash rose to prominence in the 1998/99 season, during which campaign he made NBA history by becoming the first player to earn Sixth Man of the Year and Most Improved Player in the same year. All told, Armstrong averaged 11.6 points, 3.3 rebounds, 5.1 assists, and 1.7 steals on 41.9 percent shooting.

In the full interview, Armstrong discusses his football background, how he made the NBA, Orlando's hard-fought 1997 NBA Playoffs series against the Miami Heat.

All episodes of Magic Drive Time, including those featuring your humble correspondent, are available for free on the team's SoundCloud page.