The veteran big man will be a free agent once the Magic formalize their buyout agreement with him.

The Orlando Magic have yet to complete their buyout with Glen Davis, but the veteran big man already appears to be moving on. Davis took to Twitter Friday afternoon to say goodbye to Orlando and to thank its fans for their support during his days in pinstripes. 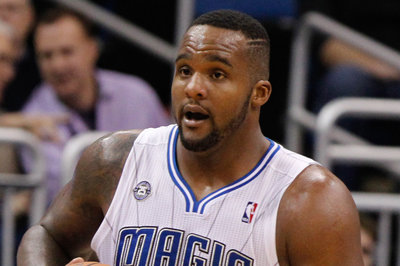 "I want to first thank the Orlando Magic for giving me the opportunity to be a part of this Organization over the last 3 years," Davis wrote in the first in a series of messages. "Secondly, I want to thank the Magic fans and the Orlando community for welcoming me and my family into your family and for your support," he continued.

"Although I will no longer be a Magic Player," he said, "I will continue to make Orlando my home. It’s great place to live and to raise my family."

The Magic couldn't find a suitable trade destination for Davis by Thursday's NBA trade deadline, so they moved quickly to part ways with him via a buyout. That deal will reportedly become official sometime Friday.

By cutting ties with Davis, Orlando will open playing time for younger players like Andrew Nicholson and Kyle O'Quinn at his position. It will also realize some financial savings on Davis' salary for the 2014/15 season. That salary is worth $6.6 million, according to ShamSports' database.