Jameer Nelson wants to retire with Orlando Magic, according to report

The 10th-year point guard wants to remain with the only team with which he's spent his professional career, a report indicates.

Share All sharing options for: Jameer Nelson wants to retire with Orlando Magic, according to report

Jameer Nelson has spent his entire NBA career, now in its 10th season, with the Orlando Magic. And as Jared Zwerling of Bleacher Report writes, the St. Joseph's product wouldn't rather play anywhere else. 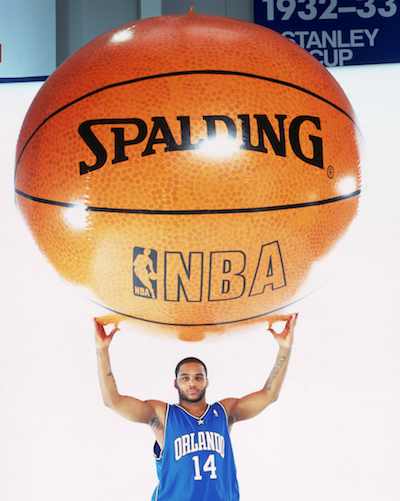 Despite his size, Nelson ranks among Orlando's all-time greatest players.

"I've never ever went to my agent and said I wanted a trade. I've never done that. And as far as I know, the management has never said, 'We're trading you,'" Nelson said, according to Zwerling. "I was always a guy who stayed loyal to them and they've stayed loyal to me. I want to stay in Orlando."

Since trading Dwight Howard in August 2012, Orlando's record of 36-100 (.265) ranks as the league's worst. Nelson isn't looking to bail on the rebuilding squad; instead, he wants to secure the team's future. Steve Mountain, the agent who represents Nelson, indicated to Zwerling as much, saying that his client wants "to pull the team through the rough times and come out on top."

The NBA trade deadline is set for February 20th at 3 PM Eastern, and if Nelson has his way, he'll stay in Orlando through that date and for seasons to come. And as Zwerling writes, Nelson also wants to work in Orlando's front office once his playing days end.

Brian Schmitz of the Orlando Sentinel reported on February 6th that Orlando is "comfortable" keeping Nelson past the deadline. Several reports earlier in the days leading up to All-Star Weekend indicate that the Magic are inclined to maintain the status quo until at least the offseason.