The Erie BayHawks' first season as the Orlando Magic's NBA D-League affiliate got off to a great start over the weekend. Erie defeated the Idaho Stampede on the road twice, winning by a 96-88 final on Friday and by a 114-95 count Saturday. 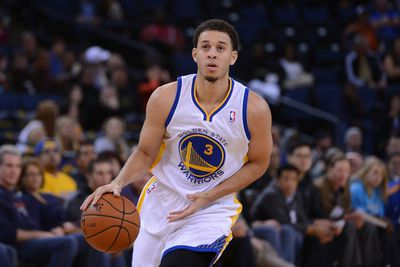 Ridiculous Upside's survey of NBA D-League general managers reveals that a quarter of them expect Seth Curry to earn top D-League honors in the season ahead.

Seth Curry led Erie in both games, scoring 23 points Friday and another 26 Saturday. He played far more efficiently in the second meeting, going 9-of-15 from the floor, including 4-of-8 from three-point range, in that victory.

Daniel Coursey, Erie's top pick in the NBA D-League Draft, joined those four players in the starting lineup against the Stampede. The defensive-minded center struggled to score with efficiency, going 10-of-26 (38.4 percent) from the floor, but he reached double-figures in rebounding in both games and blocked four shots total.

The BayHawks' season continues with a two-game set at home Friday and Saturday, November 21st and 22nd, as the Fort Wayne Mad Ants come to town.