As a consequence of the move, Elfrid Payton will take on a reserve role.

One night after making his season dêbut off the bench, Victor Oladipo will move into the starting lineup for his Orlando Magic's game Saturday against the Washington Wizards, the team announced via Twitter. Oladipo takes over at point guard in place of the rookie Elfrid Payton, who averaged six points and 5.9 assists per game in 10 starts as Oladipo recovered from a broken bone in his face. 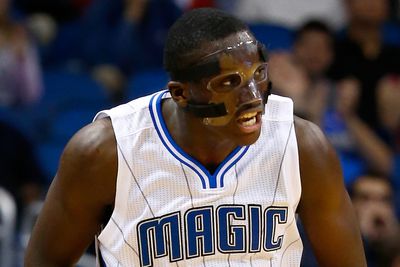 Victor Oladipo made an immediate impact upon returning to the Magic, writes Zach Oliver in this game notebook.

Oladipo shot just 3-of-10 from the floor in his début, but managed 13 points anyway thanks to his ability to work his way to the foul line. As a rookie, the Indiana product averaged 13.8 points, 4.1 rebounds, and 4.1 assists per game.

The rest of Orlando's starters remains the same: Evan Fournier at shooting guard, Tobias Harris and Channing Frye at the forwards, and Nik Vučević at center. Moving Payton to the bench likely squeezes Luke Ridnour to the fringes of the playing rotation.

Against Washington, Oladipo has the unenviable task of defending All-Star point guard John Wall, who is averaging 20 points and nine assists per game. Wall posted 30 points and 12 assists against Orlando in the first meeting between the teams of the 2014/15 season.

Magic at Wizards: Orlando hopes to even the series