Orlando Magic preview: Young team finally has something to prove

Two years into their rebuild, Orlando has surrounded its talented young core with veterans who can contribute. Will they make the next step?

Share All sharing options for: Orlando Magic preview: Young team finally has something to prove

Rob Hennigan started his offseason overhaul early: before the 2014 NBA Draft began, he agreed to deal Arron Afflalo, the Magic's leading scorer in the previous season, to the Denver Nuggets for Evan Fournier and the 56th overall selection in the Draft; Hennigan later used that choice on Devyn Marble.

Orlando's lotto luck ran out, as it slipped from third to fourth in the Lottery, but it still managed to add some talent in that spot. Hennigan zigged when most prognosticators figured he'd zag at no. 4, leaving the much-hyped Australian combo guard Dante Exum on the board and instead choosing the raw Arizona forward Aaron Gordon.

Hennigan made another surprising choice a bit later, trading to the Philadelphia 76ers the Draft rights to Dario Šarić as well as a future first-round Draft pick in exchange for the Draft rights to Elfrid Payton. Giving up the rights to a player as talented as Saric, in addition to a future first, is a steep price to pay for moving up one spot in the Draft, but Hennigan and his staff deemed the move worthwhile.

How can the Magic use Channing Frye? 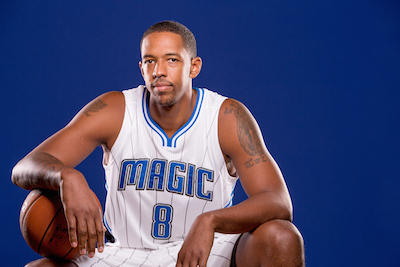 In his final story before joining the Philadelphia 76ers' basketball operations department, Tyler Lashbrook explores the myriad ways in which Orlando can use its expensive new big man.

Of course, Hennigan had only just begun his overhaul: in free agency, the Magic inked the veteran floor-spreader Channing Frye to a $32 million contract, and followed that move up by signing Ben Gordon to a deal worth an eye-popping $9 million over two seasons. Along the way, Hennigan also let Jameer Nelson--whose 10 seasons with Orlando tie him with Nick Anderson as the longest-tenured player in franchise history--walk in free agency. That choice, coupled with the team's acquisition of Payton one year after it added Victor Oladipo, signalled a new way forward for the franchise, and for its backcourt in particular.

The Magic made a key move of a different sort in May, when they officially teamed with the Erie BayHawks on a one-to-one hybrid NBA D-League affiliation. This arrangement grants Orlando complete control over Erie's basketball operations. Expect some, if not all, of the team's training-camp signees--Kadeem Batts, Drew Crawford, Seth Curry, and Peyton Siva--to spend the season with the BayHawks, where they can continue to develop by earning major minutes in offensive and defensive schemes over which the Magic have control.

In sum, 12 of the 19 players in camp with Orlando are new to the team.

Okay. So Orlando ranked 17th in defensive efficiency--points allowed per 100 possessions--a season ago. It achieved that mark despite having only one real rim protector and no consistently above-average perimeter stoppers. To that mix the Magic added Frye, who is no one's idea of a rim protector, but a true seven-footer who works hard holding his position in the post; Aaron Gordon, a prospect with prototypical combo forward size and speed; and Payton, renowned for shutting down opposing offenses at the point of attack.

Evan Dunlap and Zach Oliver are always taking your Magic questions for the site's Mailbag feature. Send 'em to OPPMailbag@gmail.com.

Accounting for the impact those players might make, as well as individual improvements from the likes of Oladipo, Maurice Harkless, and Nik Vučević, and coach Jacque Vaughn might have a metaphorical stew goin' at the defensive end. As CBSSports.com scribe Matt Moore wrote in August, Hennigan appears to be building his team by drafting defensive-oriented players and hoping they'll develop offensively as their career progresses, an approach that contrasts sharply with the one most of his peers around the league uses. Time will tell how prudent that defense-first approach is, but the early returns look solid at best. Orlando might rank above-average on defense in the coming season.

A longer-term strength of the Magic's is its youth: only four of their 15 players under contract are older than 26. As such, this core--specifically some combination of Oladipo, Vučević, Harkless, Tobias Harris, Aaron Gordon, Kyle O'Quinn, and Payton--can grow and learn together over a period of several seasons. Each of those players should have some trade value, should the right deal involving a superstar come along. Either way, the team's rebuild is off to an okay start.

Even with Frye, one of the league's most lethal jump-shooting bigs, in the fold, Orlando will struggle to shoot from the outside. The departed Afflalo, Nelson, Moore, and Lamb accounted for 63.4 percent of the Magic's total three-point makes a season ago. Replacing those attempts with some from Frye, Fournier, and Ben Gordon could ease the load a bit, but generally speaking, opposing defenses should feel free to pack the paint against the Magic.

And make no mistake: shrinking the floor against Orlando is lethal, given that its best offensive weapons thrive on open space near the hoop. Oladipo, Payton, Harkless, and Harris need some spacing to facilitate their drives, and Vučević will certainly enjoy more success with his back to the basket if he doesn't have secondary and tertiary defenders breathing down his neck. Vaughn will need to find creative ways to space the floor in order to maximize the offensive strengths of his young charges.

Closing games may also prove problematic for this young group: in 2013/14, fans became accustomed to watching Orlando squander games it should have won due to silly mistakes, particularly after timeouts. Were those issues simple growing pains or do they point toward a larger problem?

Few people, if any, believe Hennigan has quite done enough to get his team out of the lottery, even in the weak Eastern Conference. The playoffs are still a year or two--and, let's be honest, at least one superstar--away from taking such a big step up the league's ladder. In lieu of postseason play, I imagine most fans would feel contented to see some of the following: 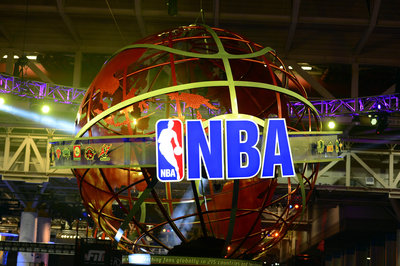 All of SB Nation NBA's team previews, indexed in one convenient source.

And if the team can collectively improve its late-game play, that'd sure be swell too.

Orlando finishes the season with a 27-55 record for a modest, but not insubstantial, four-game improvement. It'll still bring up the rear in the resurgent Southeast--the Washington Wizards and Charlotte Hornets sure did get good in a hurry, didn't they?--but won't finish last in the conference.

Despite the best efforts of Fournier and Frye, Orlando can't keep the floor spread consistently enough, leading to a bottom-third finish in offensive efficiency.

On a more positive note, the backcourt tandem of Payton and Oladipo proves pesky enough to help lift Orlando into the top half of the league on defense.