One expert believes the Magic rookie has "elite" potential, but to unlock it, he'll need to work on his consistency.

In his first rookie rankings of the new year, ESPN Insider analyst David Thorpe names Orlando Magic guard Victor Oladipo one of three first-year players "with the potential to be future starters or stars." 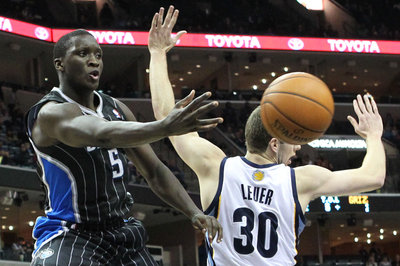 According to Thorpe, Oladipo has the athletic tools to become an "elite" player, but the Indiana product lacks consistency in his "skill and craft," two important areas which he must improve.

"Going forward, as he learns to limit bad shots--something he will likely figure out thanks to his great attitude and high intelligence--we should see more of the good (and great) and less of the bad," Thorpe says of Oladipo, whom Orlando made the second overall pick in the 2013 NBA Draft. Though he played shooting guard with the Hoosiers, the Magic have used him at point guard in some situations, a transition in which he continues to make progress.