The veteran forward is headed to Hollywood following his release from the Magic.

The Los Angeles Clippers announced Thursday that they've signed former Orlando Magic forward Hedo Türkoğlu to a contract. The team did not disclose terms of the deal, but it is not a 10-day contract.

In a cost-cutting measure, the Magic waived Türkoğlu on January 3rd; they're on the hook for $6 million of Türkoğlu's salary, but had they waived him after January 7th, then that figure would have been $12 million. Türkoğlu reportedly worked out for the Clippers on January 6th. Los Angeles needs another ballhandler and playmaker in the wake of Chris Paul's shoulder injury. 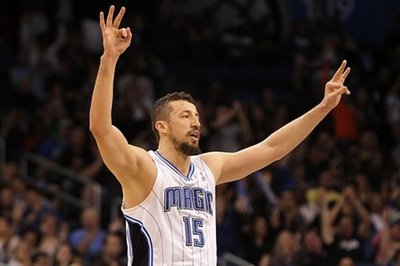 Tyler Lashbrook reflects on Türkoğlu's time with the Magic.

Türkoğlu spent eight seasons with Orlando across two stints with the team, and the Istanbul native figures prominently in Magic history: he ranks sixth in games played, fourth in minutes, seventh in field goals, fourth in three-pointers, sixth in points, fifth in rebounds, and sixth in assists.

However, Türkoğlu's tenure in Orlando ended on a down note: he stayed away from the team in the 2013/14 season as the Magic negotiated a buyout with him, and appeared in just 11 games a season prior as he suffered through a broken hand, conditioning issues, and a 20-game suspension for testing positive for a banned substance.

Türkoğlu isn't the only Clipper with Magic ties: he joins former Orlando teammate J.J. Redick in L.A., as well as former Magic forward Matt Barnes. Fittingly, Doc Rivers, who helmed the Magic for four-plus seasons beginning in 1999/2000, is the Clippers' coach.