If the first five teams to pick in 2013 had a mulligan, would they choose differently? OPP examines this hypothetical in Wednesday's Mailbag.

Welcome to another edition of the Orlando Pinstriped Post Mailbag. As a reminder, Tyler Lashbrook and I are always taking your Orlando Magic questions. To submit yours, send it to OPPMailbag@gmail.com or post it to the OPP Facebook page.

Based off what we've seen in the season thus far, how do you think the top five teams would go if the NBA decided to do a re-draft of this year's rookies? Would [Victor] Oladipo go 1? Would [Michael Carter-Williams] or [Trey] Burke go to the Magic? Interesting to think about.

We're almost halfway through the NBA season, so it's not too terribly early to address this Draft question. The fact that there's no clear-cut star in this class makes it that much more interesting to answer. Let's go pick-by-pick.

Through 31 games, Bennett's NBA career is off to a miserable start: the UNLV product is averaging just 2.4 points in 10.4 minutes per game on 26.9 percent shooting from the field and 14.3 percent from three-point range. At SBNation.com, Drew Garrison broke down Tuesday how poorly Bennett has played, and the numbers are staggering. It suffices to say that, in terms of Player Efficiency Rating, Kwame Brown is closer to Shaquille O'Neal than Bennett is to Brown. That's brutal. 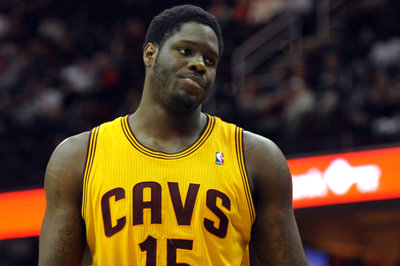 But Cleveland had recently spent top-four picks on the likes on point guard Kyrie Irving, shooting guard Dion Waiters, and big man Tristan Thompson. And in Anderson Varejão, it had a competent, two-way veteran center. Small forward, then, was the biggest need to address, with a young center to spell the tradable and oft-injured Varejão another possible choice.

Knowing what they know about Bennett now, I'm sure the Cavs would pass on him if they had a mulligan. And while there are certainly other players who could contribute more immediately to a possible playoff run than Antetokounmpo, taking the so-called Greek Freak first overall fits general manager Chris Grant's modus operandi of making splashy picks. Antetokounmpo, who didn't turn 19 until December 5th, is making an impact with the Milwaukee Bucks, averaging 6.9 points, 4.8 rebounds, and 1.7 assists on 54.1 percent True Shooting--just a tick above the league average--while drawing tough defensive assignments thanks to his length and overall athletic profile. He could help the Cavs now and down the line as they continue to build around Irving, a one-time All-Star who's just 21 years old.

I assure you I'm not copping out with this pick. It's just that, even with Oladipo's rough transition to the NBA, I have no doubt that the Magic would take him again, given the chance.

More on Oladipo: Should he start? Shooting needs improvement Continuing to learn at the point

I'm not sold that he'll ever develop the passing skills to be a top ballhandler on any team, but I'm nonetheless on board with Orlando's decision to play him heavy minutes at point guard in order to further develop his decision-making abilities. Long term, he projects as an explosive, slashing two-guard with the ability to get to the rim to draw fouls. That's a valuable offensive skill. And his work defensively, especially on the ball, has been solid; he doesn't play like a rookie at that end of the floor.

It's clear that the Magic need a young point guard who might one day succeed Jameer Nelson in the starting lineup. In the long run, I think Orlando would have been better off taking Trey Burke, a more traditional point guard with terrific floor vision and pick-and-roll ability, albeit limited athleticism and physical gifts, in this spot. But nothing I've heard suggests that the Michigan product was even on Orlando's proverbial radar, so I ruled him out here for this exercise.

Washington, like Cleveland, entered the Draft pretty well set in the backcourt: barring a trade, John Wall and Bradley Beal look set to run DC's guard positions for the next decade. And in Nenê, Emeka Okafor, and Trevor Ariza, it had veterans at the frontcourt positions. The Wizards would ultimately re-sign Martell Webster and deal Okafor's contract for Marcin Gortat, but those changes only highlight the extent to which Washington wanted to compete for a playoff spot. 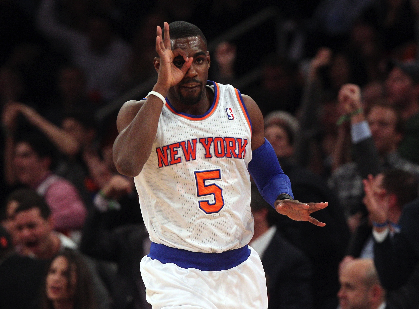 So the Wizards made the predictable and safe selection of Porter, a Georgetown star who plays small forward, their greatest area of need. Porter has drawn comparisons to Tayshaun Prince for his style of play and overall glue-guy nature. As hard as it might be to believe now, Wizards fans were weighing the merits of Porter versus Bennett in the weeks leading up to the Draft.

To date, the Porter selection hasn't worked out quite so well: a mysterious leg injury ruled Porter out until December 6th, and on the season he's missed two-thirds of his shots.

Finding a player that suits Washington in this scenario proved rather difficult, given the dearth of talented threes available after Antetokounmpo. I ultimately settled on Hardaway: though he doesn't have prototypical small-forward size--he's just 6-foot-5--he can play the position in three-guard lineups and keep the floor spaced for Wall and Beal on their drives to the cup. And we should note that Hardaway is averaging nearly a point every two minutes on 59.2 percent True Shooting, so it's not like he can't play; I'm just not sure about how he fits defensively next to the 6-foot-3 Beal.

One supposes that Washington, given the ability to re-do this Draft, might elect to package this pick with Okafor's contract in hopes of landing a proven veteran via trade. I didn't want to factor trades into this scenario, however. So Hardaway's the pick.

The Bobcats needed talent at every position apart from point guard, where Kemba Walker's holding everything down just fine after making great strides in his second season. They took a flier on the athletic and intelligent Zeller, but so far the former Hoosier's game hasn't translated well to the NBA level: he's shooting just 36.9 percent from the floor for 5.1 points per game, a miserable figure for a power forward who doesn't have NBA three-point range.

Instead of taking Zeller, then, in this exercise the Bobcats select Adams, the less heralded Pittsburgh product. Adams didn't produce like Zeller did in college--he averaged 7.2 points and 6.3 rebounds to Zeller's 16.5 and eight--but he's nonetheless proven more NBA-ready, as he's posting four points and 4.5 rebounds per game for a championship-caliber Oklahoma City Thunder team. One has to imagine that he'd post even better numbers in Charlotte, given his expanded role. I also think his hard-nosed, physical style would draw raves from owner Michael Jordan and head coach Steve Clifford.

Zeller may have the higher upside, but Adams is contributing now and is nearly a year younger than the player the Bobcats actually picked.

This pick might be the most interesting one. At the time of the Draft, the Suns had not yet traded for third-year combo guard Eric Bledsoe, who's now averaging 18 points, 4.3 rebounds, 5.8 assists, and 1.5 steals on 58.7 percent True Shooting. It's possible that, even given Bledsoe's emergence in the desert, that they'd pick Carter-Williams here and pass on acquiring Bledsoe.

It's possible, but I don't think they would. There's no guarantee that Carter-Williams, as solidly as he's played in his rookie season, will ever reach Bledsoe's level. That consideration, along with the Suns' unexpectedly fast rebuild which has them in the playoff chase, leads me to believe they'd ultimately go in a direction not dissimilar to the one they inititally chose: taking a young big man whom they can develop over the long haul. Injuries to Len's ankles always meant he'd be a project, so it's unfair to grade him solely on his nine-game professional output. But I think Plumlee has shown, in his admittedly limited role with the Brooklyn Nets, more upside than the former Maryland star.

In 16.4 minutes per game with Brooklyn, Plumlee has posted per-game averages of 5.9 points and 3.3 rebounds on 62.4 percent shooting from the floor. He's more athletic than Len, and that athleticism makes him better suited for Phoenix's Bledsoe- and Goran Dragić-fueled running game than the plodding former Terrapin.

So that, BigMac, is how the 2013 Draft might have gone differently if the teams had one big mulligan to use. The caveat is that, for simplicity's sake, I didn't allow for any trades. That provision means that Carter-Williams--arguably the favorite for Rookie of the Year--didn't go top-five in this exercise. Four of the five teams with those picks are already set at point guard. Orlando, the lone team that isn't, is nonetheless so enamored with its pick that I don't think it'd trade Oladipo for Carter-Williams even if it could.