In the midst of a seven-game losing streak after an abysmal 0-4 week, the Magic will conclude their five-game road trip followed by three home games.

Share All sharing options for: Orlando Magic schedule for week 12

Affected by injuries to key players and lack of scoring, the Orlando Magic continued to slide in the standings, as they own the second-worst record in the league at 10-27. Only the Milwaukee Bucks at 7-29 have a worse record. Strange as it may sound, even though Orlando is just 2.5 games ahead of the Bucks, they are still only five games behind the eighth-place Brooklyn Nets and the final playoff spot in the East.

After their five-game road trip concludes, the Magic have three winnable games at home, though they may not be favored to win any of them. Here's a look at their schedule for the week:

Orlando may be without three key players in the final game of a brutal road trip in which the Magic's four losses have come by an average of 20.5 points per game. Dallas is holding onto the eighth and final playoff spot in the West with a 22-16 record. Power forward Dirk Nowitzki, despite turning 35 years old, continues to play well, leading the team with 21.3 points per game on 59.2 percent True Shooting. The Mavericks will be trying for the season sweep against the Magic, as they beat them, 108-100, in Orlando in November. 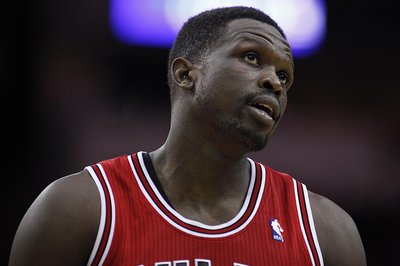 Cleveland upgraded its wing rotation early Tuesday morning with the acquisition of the two-time All-Star.

The championship window for the 2013/14 season closed for the Bulls long ago, following yet another season-ending knee injury to franchise point guard Derrick Rose. Chicago, making its only visit to Orlando in 2013/14, further shook things up last week with their stunning trade of leading scorer Luol Deng to the Cleveland Cavaliers for future draft picks and cap space. Despite all that turmoil, as long as they have Tom Thibodeau as coach and a roster of players who buy into his system, Chicago will be competitive most games and is still likely to make the playoffs in the weak East.

In fact, the Bulls are one of the hottest teams in the league, as they are on a five-game winning streak and have won eight of their last 10 games to improve to 17-18 and fifth place in the East, just 1.5 games behind the third-place Atlanta Hawks. D.J. Augustin, whom the Bulls signed off the scrap heap in December, has really filled in well at the point, averaging 10.5 points and 6.1 assists per game, while big man Joakim Noah averages a double-double of 11.1 points and 10.4 rebounds a game. The Magic edged the Bulls, 83-82, in Chicago in December.

After a relatively good start to the season, the Bobcats are slumping, with nine losses in their last 11 games to drop them to 15-23 and in ninth place in the East. Point guard Kemba Walker leads the team averaging 18.6 points and 4.8 assists per game, with big man Al Jefferson averaging a double-double of 16.8 points and 10 rebounds per game. The Bobcats are awaiting the return of small forward Michael Kidd-Gilchrist from a broken hand suffered in December. The Magic won in Charlotte in December, 92-83.

The rebuilding Celtics are in a rough stretch, having lost eight games in a row and 11 of their last 12 games overall, though they were very competitive in their last three losses on the road to the Portland Trail Blazers, Golden State Warriors, and Los Angeles Clippers. Boston is 13-25 and in 12th place in the East. Small forward Jeff Green leads the team averaging 16.1 points on 54.5 percent True Shooting. This visit will be the Celtics' last to Orlando in 2013/14, as the Magic have already lost twice to them, including a 91-89 loss in Orlando in November.