In deference to giving heavy minutes to their core players, the Magic's non-roster invitees to Orlando Pro Summer League haven't seen much action.

The Orlando Magic entered the Orlando Pro Summer League with a fairly stacked roster of 18 players, one which included several members of their young core. One might have expected Summer League head coach James Borrego, who is Jacque Vaughn's lead assistant during the regular season, to spread the playing time around. Yet in the early stages of the weeklong event, Borrego hasn't done that. 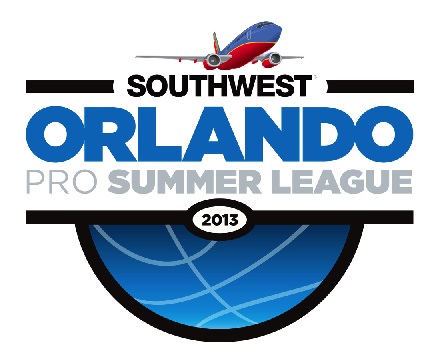 Through two days of Summer League play, only eight players have appeared in both of Orlando's games, and only seven are averaging more than 10 minutes per game. Another seven players have yet to play at all, not counting Tobias Harris, who banged his right knee in a recent practice and isn't expected to suit up this week.

Maurice Harkless and Victor Oladipo have had the biggest workloads, resting for a total of 8:24 and 12:25, respectively, over the two games. What's motivating the Magic to press their youngsters this week?

"It's Summer League," said Borrego after Monday's loss to the Oklahoma City Thunder. "This is their time to play. We don't want to get 'em injured, but they're young. This is a great experience for them.

"I'll try not to wear 'em out too much, but I think if I can get them close to that number [30 minutes] and still be fresh and healthy, that's a decent area for us."

Because of the sizable overlap between Orlando's NBA roster and its Summer League one, the week's games afford the Magic a great opportunity to instill good habits in their youngsters, and to experiment a bit with positions. Oladipo, a shooting guard in his three seasons at Indiana, has played point guard exclusively through two games. Doron Lamb, a natural two, has also run the point.

One lesson that the young Magic learned Monday, Borrego said, was the importance of holding a lead. Orlando led the Thunder by seven points with two minutes to play that morning, but failed to get stops down the stretch and ultimately fell by a 79-78 final. OKC never led by more than a point, but used a 31-21 fourth-quarter advantage to steal the win.

"You can't relax in the fourth quarter," Borrego said. "You can't relax with less than two minutes and the lead. It's a great lesson for our guys, who played well. I was very happy with what they did for basically the whole game. Other than the last two, three minutes, they were sharp, we were the aggressors."

Learning to maintain that intensity will be a challenge for the Magic, especially as the week wears on and fatigue sets in.