Where would Maurice Harkless have landed in the 2013 NBA Draft? Who's going to challenge Orlando for the worst record in the NBA? These are questions we look at today.

Share All sharing options for: Orlando Pinstriped Post Mailbag no. 11: Maurice Harkless in the 2013 NBA Draft and the Magic's biggest tanking competition

It's a slow period for Orlando Magic news as the team is finished with free agency and likely won't make any big moves in the next couple of months. But it's never a bad time for a Mailbag, right?

Your friendly reminder: Evan and I are always checking the mailbag for questions. If you have any send them to OPPMailbag@gmail.com and we'll get to them when we can.

If [Maurice] Harkless had stayed in school, do you think the Magic would have drafted him over [Victor] Oladipo or the Wizards over [Otto] Porter? If not, how far would have he slipped? 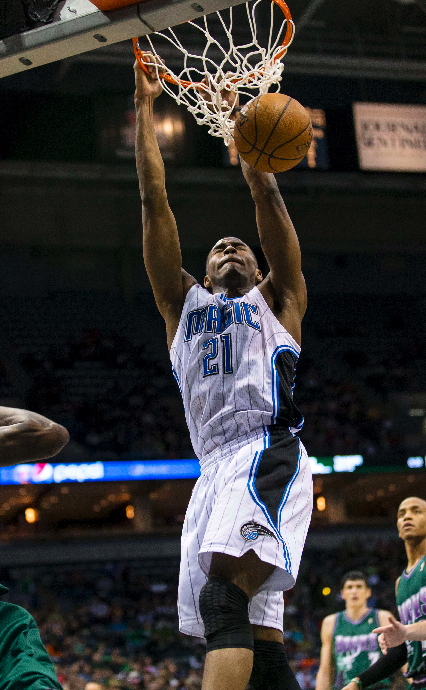 I think Orlando still would have taken Oladipo at no. 2. He's the type of hard-working, high-character guy whom general manager Rob Hennigan loves, and his athletic prowess marks him as a guy with a bunch of potential.

"Otto Porter versus Maurice Harkless: who's the best small forward in the draft?" That's an argument you would have likely read about leading up to the 2013 NBA Draft. Porter is the more polished prospect with a reliable jumper and a comfortable handle. Harkless is the superior athlete who's better at finishing around the basket.

Porter seems like a better fit alongside John Wall and Bradley Beal, so I'd imagine the Wizards would stick with Porter. Harkless is a little too similar to Michael Kidd-Gilchrist, so I doubt the Charlotte Bobcats would take him at no. 4. The Phoenix Suns seem to make sense at the fifth spot, but let's say, just for the sake of it, he slips past them. There's the New Orleans Pelicans/Philadelphia 76ers swap of Nerlens Noel that Harkless probably wouldn't have changed. The Sacramento Kings need a small forward so that's a real possible landing spot. If he slipped further, the Detroit Pistons seem like a perfect spot at no. 8. I'm not sure there's any way he slips out of the top 10. Not in this year's Draft.

Then there's the possibility that Harkless stays at St. John's and remains stagnant with his freshman performance or digresses. Even then, I'm not sure he slips past where he was selected in 2012.

Which teams do you see as the biggest threat to Orlando for the worst record next season? Philly, Milwaukee, Toronto, or perhaps a dark horse???

Philly is really bad. It doesn't have a coach. Noel won't play until December. Michael Carter-Williams is going to be thrown in the fire immediately, and he's going to struggle. The Sixers have essentially set themselves up for an immediate rebuild.

Milwaukee is just good enough to win 30-40 games but not bad enough to be in the 20-win range that would give it a shot for the no. 1 overall pick. Toronto has made some real tank-friendly signings in Austin Daye and D.J. Augustin, but looks like a fringe lottery/eight-seed playoff team. 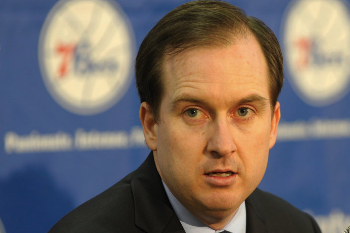 Two teams living smack dab in Tank City, NBA--the city that houses The Youth Movement--are the Boston Celtics and the Utah Jazz. Both look like they've got some sort of direction moving forward but will be bad enough to "contend" (I feel so dirty using that word) for a high lottery pick. The Celtics shipped away age for draft picks. The Jazz let Al Jefferson and Paul Millsap walk so their young guys can develop while remaining bad enough for excess ping pong balls.

Another team that's going to be really bad is the Suns. They have an extremely weird mish mosh of players in Eric Bledsoe, Goran Dragic, Shannon Brown, the Morris Twins, Miles Plumlee, and Marcin Gortat. Don't forget that Michael freaking Beasley is on the roster. I'm almost positive that this team isn't going to win much more than 25 games in 2013-14.

But for what's been heralded as the best draft class of the past decade, there really aren't that many bad teams; I count seven. The Washington Wizards and the Cleveland Cavaliers, traditional lottery players, look like playoff-caliber teams if they can stay healthy, or, in Andrew Bynum's case, get healthy. The Pistons, who have been in the lottery since 2010, are going to be your prototype mediocre Eastern Conference team, with newcomers Brandon Jennings and Josh Smith.

That's it for this edition of the OPP Mailbag. If you've got a question you want us to answer, send us an email at OPPMailbag@gmail.com or by posting it on the OPP Facebook page.