Orlando Pinstriped Post Mailbag no. 10: When the Magic will compete again, a potential Harrison Barnes trade, and more moves before opening night

OPP answers three more pressing questions in the newest installment of the Mailbag.

Share All sharing options for: Orlando Pinstriped Post Mailbag no. 10: When the Magic will compete again, a potential Harrison Barnes trade, and more moves before opening night

It's Thursday and we've entered a quiet period of Orlando Magic news--nothing of note has happened since the team signed Jason Maxiell on July 18th, and the as-yet-unofficial addition of veteran point guard Ronnie Price won't really move the needle--so now's as good a time as any to check the ol' inbox to see what Magic questions you have. This is the Orlando Pinstriped Post Mailbag.

A friendly reminder: Tyler Lashbrook and I are always taking your questions. Email them to OPPMailbag@gmail.com or post them on the OPP Facebook page.

What kind of timeline do you think ownership has given [Rob] Hennigan for turning the Magic around? Obviously the mess Otis [Smith] left has given him at least 2 seasons where winning isn't necessarily the goal. Would it be accurate to think that year 3 is when they'll expect to see results more than promise?

I'm not privy to what Hennigan, the Magic's general manager, pitched in his meetings with team ownership in 2012 before the Magic hired him. I'm also not privy to what sort of timetable, if any, ownership has given Hennigan as he moves forward with the Magic's rebuild. The fact that they had confidence enough to hire him--ahead of other, more experienced candidates--says a lot about management's faith in his vision for the team going forward, however.

Hennigan has taken a patient approach, and there are no indications that ownership is anything less than satisfied with the work he's done. Though critically derided at the time, Hennigan's haul for Dwight Howard has proven to be solid enough, and his pickup of Tobias Harris at the trade deadline looks terrific after Harris posted 17.3 points and 8.5 rebounds per game in pinstripes.

At some point--I don't know when, exactly, that point will arrive--the Magic can't be content to shed salary and add youngsters with potential. At some point, the team has to start winning again. There's certainly merit in Hennigan's working-around-the-edges approach, however. I believe the new team-building paradigm in this league comes down to asset management. Identify talented, young players and develop them. Don't sign non-stars to contracts worth more than the mid-level exception. In general, maintain some level of flexibility so that when the opportunity to add a true star, a franchise-level piece, presents itself, you can seize it.

With the exception of the Detroit Pistons in 2004--and make no mistake, those Pistons are the exception--teams cannot win in this league unless they have at least one bona fide star. Without one, the smart rebuilding teams collect and develop assets, either to pair with the new star when he arrives or to trade them away for more assets or that star. That's one reason why I'm not certain that every player in Orlando's young core--I'm referring specifically to Harris, Nik Vučević, Maurice Harkless, and Victor Oladipo--will finish his rookie contract in a Magic uniform.

My hope is that ownership will continue to let Hennigan do his thing, even if it means another two or three lean seasons.

Until the opportunity to add a star arises, the Magic need to stay the course. My hope is that ownership will continue to let Hennigan do his thing, even if it means another two or three lean seasons. So far, Hennigan's moves have worked out okay. I'm curious to see what happens if, say, the Hennigan doesn't land, via any means available to him, any stars within two years, or what happens if the youngsters don't reach their potential. What is Hennigan's contingency plan?

One response is to look at the Atlanta Hawks' offseason. They struck out in their pursuit of Howard, but retained young point guard Jeff Teague on an affordable, four-year deal and added Paul Millsap, an outstanding veteran contributor, on a two-year deal which helps them compete in the short term without bogging down their cap sheet in the long term.

With the [Golden State Warriors'] signing of Andre Iguodala [...] wouldn't this be a great time for the Magic to trade for Harrison Barnes?

I don't think Golden State's addition of Iguodala necessarily signals a desire on its part to unload Harrison Barnes. The 21-year-old small forward had a solid rookie campaign, averaging 9.2 points, 4.1 rebounds, and 1.2 assists in just 25.4 minutes, playing a key role on a playoff team which nearly beat the San Antonio Spurs in the Western Semifinals; the Spurs were one win away from a title in June, so bowing out to them is nothing about which to be ashamed.

The enigma of Harrison Barnes 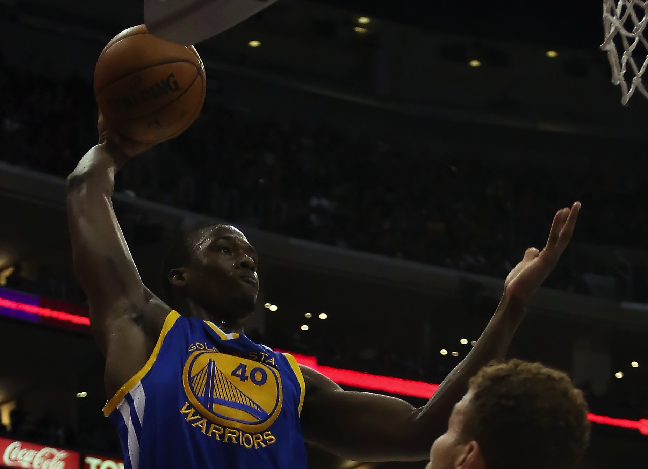 For Golden State, adding Iguodala is another step forward. His versatility at both ends of the floor will help a young, exciting team that's very clearly thinking "championship." He's an upgrade over Barnes, for sure, and his presence could reduce Barnes' role; for his part, Barnes told The Sporting News on Monday, "My role will be the same: do whatever it takes to win." Ultimately, bringing Iguodala aboard says more about Golden State's opinion of him than it does about its opinion of Barnes.

I don't mean to say that Barnes is untouchable; the Warriors should be willing to move him for the right offer. But I'm struggling to think of an offer Orlando could make the Warriors that would tempt them to consider parting ways with the UNC product. Maybe offering Andrew Nicholson, from Barnes' Draft class, would pique their interest, but Nicholson is almost three years older than Barnes and as such doesn't have as high a ceiling.

There's no question that Barnes' shooting--he connected on 35.9 percent of his threes as a rookie--would help the Magic spread the floor, and it's fun to imagine him filling one of the wings on an Oladipo-led fast break. I just don't think Golden State would be interested in anything Orlando could offer, nor do I think it's actively looking to move Barnes.

Do you see Magic doing significant moves before opening night?

The answer depends on how one defines the word "significant," but I would say that, by most interpretations of that word, Orlando will not make significant changes to its roster before the season begins. Price will join the team, sure, but only as a mentor; it's difficult to envision him playing a significant on-court role.

Al Harrington: "I'm about to be a free agent" 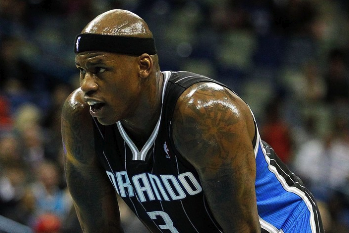 The veteran big man reportedly told one fan in Las Vegas that he will be a free agent soon.

Apart from Price, the only other moves that look possible would be subtractions, not additions. I refer specifically to the potential buyouts of Al Harrington and Hedo Türkoğlu. There may be some urgency on Orlando's part to let both those veterans move on before the season begins in order to avoid any potential ill-will affect the locker room, but the Magic have leverage. If Harrington and Türkoğlu don't accept the buyout terms Orlando offers, then the Magic can retain them through January 10th, which is when all of the league's non-guaranteed contracts become guaranteed.

There may be some urgency on the parts of the players to resolve their situations. They'd surely love to be able to sign elsewhere before soon, and both of them tweeted as much earlier in July. The question for Harrington and Türkoğlu is how much money they're willing to give up in order to secure their freedom and, in turn, an opportunity to sign with another team.

So apart from officially signing Price and potentially resolving the statuses of Türkoğlu and Harrington, I can't foresee Orlando making any major changes. Having said that, the Magic do have the league's most valuable traded player exception, and it expires on August 10th, so there could be some activity around that time.