We've got a wide range of topics to discuss in today's Mailbag, so let's get started.

The 2013 NBA Draft is over but that doesn't mean we can't talk about next year, right? It's a little early, but this subject is something I've wanted to write about for a while, so shout out to Dmoney for the question.

As a reminder, Evan and I are always taking your Orlando Magic questions. Email them to OPPMailbag@gmail.com or post them on the Orlando Pinstriped Post Facebook page and we'll get to them whenever we can.

How deep do you see next years draft being? Is a 2014 pick really that valuable?

Let's be clear: next year's draft is a long ways away. A lot of things can happen between now and next June and dwelling all college season on the talent pool next year will be extremely stressful. But there are two main reasons that scouts and GMs are so excited about the field for next year: 1) it's top-heavy and 2) it's deep. Those two things rarely ever happen but, at this point, that's what next years crop of prospects looks like.

Every eight or nine years, a field of prospects comes in and looks like it will one day be the face of the NBA.

At the top, there are three guys who look like franchise changers: Andrew Wiggins, Julius Randle, and Jabari Parker. For all of the hype that Wiggins has received, there's still a shot that Randle or Parker could sneak in and be the no. 1 pick, with Randle being the more likely candidate. Every eight or nine years, a field of prospects comes in and looks like it will one day be the face of the NBA. The 1996 draft produced Kobe Bryant, Steve Nash, Ray Allen, and Allen Iverson. The 2003 draft gave us LeBron James, Dwyane Wade, Carmelo Anthony, and Chris Bosh. The 2013 draft should--given that each player leaves school--give us Wiggins, Randle, Parker, and the relatively unknown Dante Exum, a dark horse.

There's also a nice list of potential All-Star-like prospects from the five-through-10 range with guys like Andrew Harrison, Marcus Smart, and Aaron Gordon. Deeper in the first round there are guys who were once potential top-10 prospects like Alex Poythress, James McAdoo, Isaiah Austin, Kyle Anderson, and Rasheed Sulaimon who chose to return to school. And, of course, there will be a couple of guys who come out of nowhere. The pool of talent available in next year's draft drives up the value of picks. As of now, it would take a lot to attain one in a trade and nearly impossible if it were unprotected.

Wondering why Orlando doesn't look to bring in Kendall Marshall?

Well, it's not really that easy. The Phoenix Suns are in the same boat as the Magic, in the sense that they are okay with not winning now. My guess is that Orlando and Phoenix will be two of the five bottom teams at the end of next year, and that's perfectly fine with both organizations. The Suns wouldn't want to take either Arron Afflalo or Glen Davis and the Magic won't give up future draft picks for Marshall.

Kendall Marshall on the block? 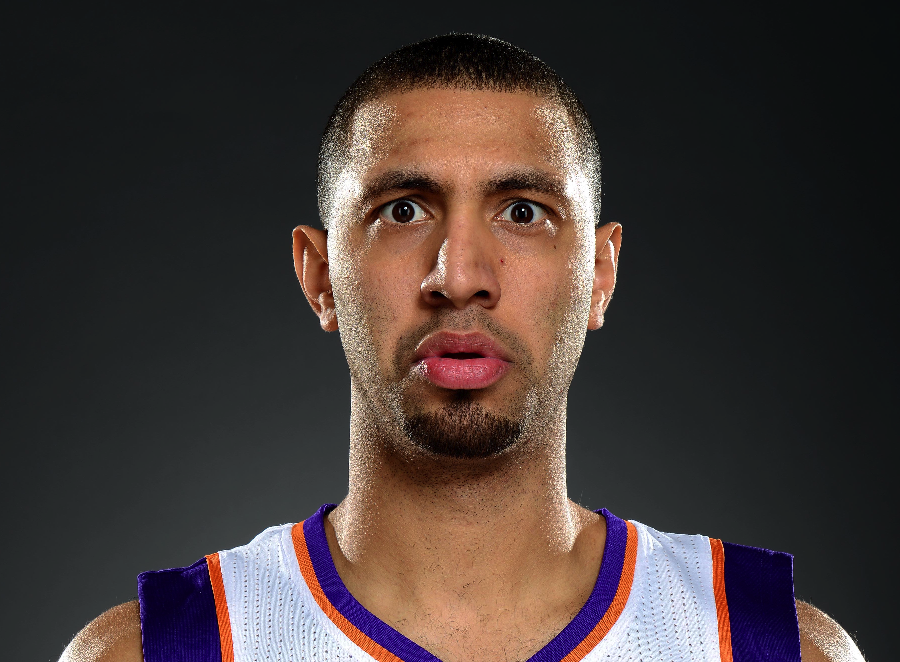 Bright Side of the Sun grapples with the rumor that Phoenix is shopping Marshall.

However, there are reports that Marshall is officially on the trading block. The second year player out of the University of North Carolina is the third point guard on the depth chart and the Suns want to sell now while his stock is high before he's buried during the regular season. What they get in return is really anyone's guess at this point. I can't imagine that Orlando will be willing to give up a future draft pick for a guy who shot less than 38 percent from the floor.

One option could be some sort of Andrew Nicholson-for-Marshall swap with possible second-rounders being thrown as sweeteners for either side. Phoenix would pick up, in Nicholson, a polished power forward to pair with rookie center Alex Len. Orlando would get a 6-foot-4 point guard who could play as a backup while freeing up minutes for Tobias Harris and Romero Osby, if he makes the roster. Plus Orlando would get one of the best NBA player Twitter personalities on the market.

With all the rigmarole about Victor Oladipo sliding over to the PG position during Summer League, I have one question. Does position really matter in the way that it used to? Today's NBA is full of "stretch-4s" "small-4s" "point-forwards", etc. [....] I'd imagine this Summer League experiment is more to help develop a few plays where Oladipo can play the "point shooting guard" rather than actually turning him into a point guard.

This is a really interesting question and is something that I've thought about for the past year or so. It's also a tough question to answer. It reminds me of something I learned when I was playing competitively: "positions" are numbers that coaches use to set up plays on the offensive end and match ups on the defensive end. A "1" is a point guard, a "2" is a shooting guard and so-on and so-forth.

But what really matters is that a player possesses the skill set to be placed in those positions within the offensive system. Positions matter and they have since basketball's inception but they aren't as finite as they once were.

If anything, positions will remain relevant as a way to recognize players throughout history. Players are compared throughout eras by position. So yeah, they matter. But as the game has evolved, so has the way coaches view their players. Players who can fluidly play two positions give a coach lineup flexibility, and that's a nice advantage to have.

As far as Oladipo goes: I think you're right. It'll help him a lot when the regular season rolls around. He'll be able to spell Jameer Nelson for stretches at point or allow Nelson to spot up off the ball in sets like he did when Hedo Turkoglu used to initiate the offense.

I hope this answers your questions. It's a pretty interesting topic to think about.

Who wins a free throw contest between Shaq, Dwight, Bo Outlaw, and Ben Wallace? Assume, to make it interesting, that the competitors are allowed to attempt to distract each other.

Ben Wallace is out. Dude never hit the halfway mark from the charity stripe and shot in the 30-percent range in six different seasons. If this is a bodybuilding competition or a WWE Royal Rumble, I'm taking Wallace all the way.

The contest is a lot of fun until Shaq tells Dwight he could never fit in his shoes or something dumb like that then Howard farts on him and they wrestle at half court for an hour.

Outlaw sneaks to the line during the Shaq/Dwight skirmish and sinks 6-of-10, good enough to win the contest.

Thanks for all of your questions. The feedback we've gotten from this series has been awesome and we're happy to do it. Remember: you can email us your questions at any time at OPPMailbag@gmail.com.