The veteran guard played well in his half-season with Orlando.

Given their desire to not tie up their salary cap with long-term deal, the Orlando Magic will likely have a slow free-agent period, reports Josh Robbins of the Orlando Sentinel. Part of that commitment to keeping the cap clear, he says, means the Magic will not re-sign Beno Udrih. 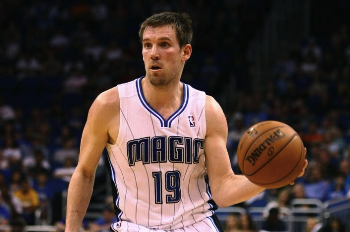 Orlando acquired the veteran point guard, along with Tobias Harris and Doron Lamb, from the Milwaukee Bucks at the NBA trading deadline. In 27 appearances for Orlando, including nine starts, Udrih averaged 10.2 points, 2.3 rebounds, and 6.1 assists on 40.8 percent shooting from the floor.

Udrih is coming off a five-year contract worth the full mid-level exception. Though the 31-year-old is unlikely to command that sort of salary on a new contract, bringing him back is nonetheless out of Orlando's price range.

Jameer Nelson is the Magic's only point guard under contract. Lamb, E'Twaun Moore, and first-round Draft choice Victor Oladipo have some experience running the point, but are natural two-guards.