Orlando's general manager discussed Wednesday his approach to the Draft.

The Orlando Magic's rumored trade with Los Angeles Clippers is just one subject that general manager Rob Hennigan touched on during Wednesday's news conference, which primarily concerned the Magic's plans for the Draft. Orlando owns the second overall pick, just behind the Cleveland Cavaliers.

"The good thing for us is that we only have to figure out what one team is doing," Hennigan said. "That makes it a little bit easier, but that also makes it difficult. We've played through scenarios in our mind, but the bulk of our time has been spent on trying to figure out what's the best decision for us to make."

Magic GM would be "stunned" by trade with Clippers 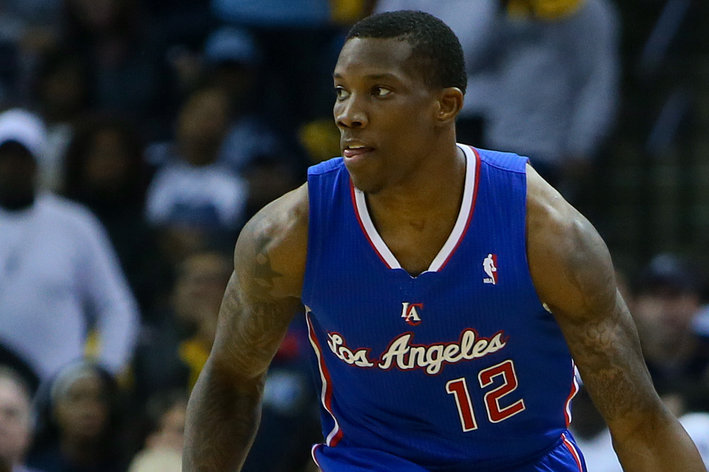 Addressing the media on Wednesday, Rob Hennigan said he hasn't had any trade talks with L.A. in "almost three weeks."

When asked specifically what bearing Cleveland's selection will have on his own at no. 2, Henningan said, "it affects us to the extent that whoever they take, we can't take. Other than that, we're gonna make the best decision we can make based on the time we're picking."

Hennigan estimated that Orlando had completed about "99 percent" of its Draft preparation and expects to be ready for Thursday, though "there are still a few discussion points we still have to work through." There are at least three "tempting" trade offers that involve Orlando trading the pick--to teams both in the lottery and outside it--and Orlando's general manager said that he would continue to evaluate them.

If the Magic do keep the second pick, Hennigan said he expects that whomever he selects will still be on Orlando's roster for opening night. He has narrowed his selection to "a handful of guys."

"'Opportunistic' is the word of the day," Hennigan said, summarizing his approach to the Draft.

Notably, Hennigan said that he has an idea of which position he's considering most strongly with the second pick, but he declined to specify which position it is. "We do have an idea, but if I were to tell you, I would have to... do something..." Hennigan said, to raucous laughter.

Orlando also owns the 51st pick in Thursday's Draft. It comes from the Golden State Warriors via the Denver Nuggets as a result of the Dwight Howard trade in August. Hennigan only fielded one question about his plans for the 51st pick, and he responded to it by saying, "We're just looking for a human being to take."