Talks between the two teams are reportedly in the "preliminary" stages.

The Orlando Magic and Los Angeles Clippers have discussed a trade centered around Clippers point guard Eric Bledsoe, report Marc Stein and Ramona Shelburne of ESPN Los Angeles, and the teams have "mutual interest" in making such a trade. However, talks between the teams are only "preliminary" in nature.

Rumors linking Magic to Bledsoe, a three-year veteran, began circulating in late May as word began spreading that Orlando was unimpressed with the point guards available in the 2013 NBA Draft. ESPN's latest report indicates that Orlando and L.A. first discussed a Bledsoe deal at the NBA Draft Combine.

Bledsoe and Butler for Afflalo? 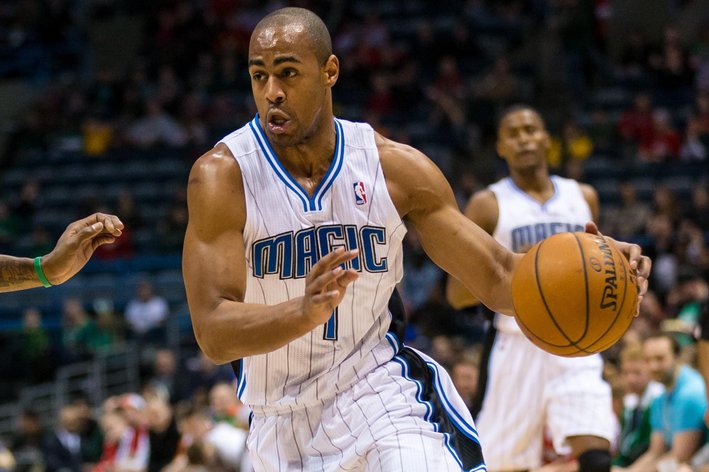 Clips Nation weighs in on the rumored trade between Orlando and L.A.

The Magic are reportedly interested in Bledsoe and veteran small forward Caron Butler, whose $8 million salary would come off the books in the summer of 2014. In exchange, Orlando would send Arron Afflalo to L.A. However, Stein and Shelburne note that "[i]t's believed that the Clippers would want at least one more asset" in any trade involving Bledsoe.

The Clippers selected Bledsoe with the 18th overall pick in the 2010 NBA Draft.