Despite tearing his ACL midway through his freshman campaign, Nerlens Noel remains firmly atop draft boards around the Internet. How would he fit with the Magic?

Nerlens Noel's season ended with a tough-to-watch ACL tear against Florida. Gator guard Mike Rosario jumped the passing lane and headed for what should have been a wide-open layup. But Noel, the 6-foot-11 freshman big man, chased him down and blocked the shot. Noel's left knee collapsed underneath him, tearing his ACL. He laid on the ground, surrounded by teammates, yelling in pain.

Despite the injury, Noel remains at the top of most draft boards. So what does he have to offer as a prospect?

Noel came to Kentucky a year after Anthony Davis led the Wildcats to a national championship. The comparisons were too easy. Both were long, shot-blocking big men. Both were super-athletic. Both had their own branding: Davis with his patent unibrow, Noel with the flat-top. They have their similarities, but they are very different players. Davis will wow you with his unique combination of athleticism and offensive poise. Noel is more electric athletically and has a motor that doesn't stop running.

He started off his freshman campaign little slow. In his first game, he was outplayed on both ends of the floor by Maryland big man Alex Len. But Noel started to get rolling in the second month of the season. He blocked five or more shots 12 times, including a 12-block performance against No. 16 Ole Miss. On January 12th against Texas A&M, Noel scored 15 points, grabbed 11 rebounds, blocked seven shots, dished six assists, and recorded four steals.

Noel missed the last eight SEC games but still finished first in the league--and sixth in the nation--with 106 blocks. In a way, it was fitting for his injury to come on a hustle play in which he ran down a guard to record a block from behind. The young Wildcat team missed his leadership, presence, and defensive prowess as it went on to miss the NCAA tournament and lose to Robert Morris in the NIT in Noel's absence. 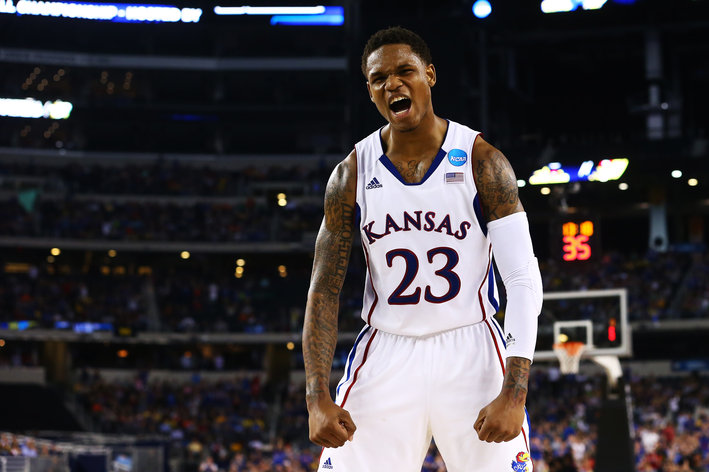 Noel is a dominant shot blocker, as highlighted by his 4.4 blocks per game. Noel blocked a two-point shot 13.2 times per 100 possessions.

In his 12-block performance against Ole Miss, Noel, who was playing with four fouls in the final minutes, blocked shot after shot, saving Kentucky's lead and sealing a victory for the Wildcats. Watch his body control. He's able to go straight up without fouling, but he's still coordinated enough to block the shots.

Noel also showed an innate ability to play pick-and-roll defense. He blew up pick-and-rolls with extremely hard hedges, often getting a steal out of the play. His world-class speed allows him to recover to the basket with ease, even if he gets caught out of position. With the right coaching, Noel has the ability to become one of the best pick-and-roll defenders in the NBA.

He averaged a remarkable 2.1 steals per game. He has extremely quick hands and showed the ability to poke balls out from unknowing post guys. His hands are constantly active and his 7-foot-4 wingspan, combined with his raw athleticism, allowed him to play passing lanes like a pesky wing defender. He won't be able to get away with playing defense like this in the NBA, but the possibilities he presents on the defensive side of the ball is endless.

Noel isn't often praised for his rebounding but he showed a natural instinct on the boards. You would think that with how often he attacks the weak-side looking for blocks that he would suffer on the boards, but that's not really the case. He averaged 11.9 rebounds per 40 minutes of action. Noel's super athletic and extremely active all over the floor so if he's not looking to block shots then he's attacking the boards hard. He gets off the floor extremely quick and his second jump is uncanny for a guy his size.

An underrated aspect of his offensive game is his ability with the ball. He looked comfortable enough handling the ball and finishing with either hand at the rim. He wasn't able to showcase it as much--because of the lack of spacing in college basketball--but he looked comfortable at the high post, taking his man off the dribble or passing to open teammates. With the development of any semblance of a mid-range game, Noel could become a player that runs sets from the top of the free-throw line.

Noel must gain a substantial amount of strength--particularly lower body strength--if he wants to become a defensive stopper in the NBA. He's listed at 216 pounds right now, about 20 pounds lighter than where he needs to be. He would often get bullied by bigger post players in college. Bigger guys like Len and Mason Plumlee would get low and push Noel under the basket, trapping Noel on their hip and taking away his shot-blocking ability.

On the offensive end, his skill set is limited right now. He's not strong enough to back down deep enough in to the post for easy buckets and his footwork leaves a lot to be desired. Right now, that lack of strength and footwork limits his post game to simple right and left-handed jump twisting jump hooks. His turnover rate is alarming. He turned the ball over 17.3 percent of the time, most of those coming out of the post. Noel doesn't look natural with his back to the basket and sometimes forces plays that aren't there.

As of now, he's shown no ability to shoot from mid-range. His mechanics are awkward and his 52.9 percent free-throw shooting suggests that his touch just isn't there yet. If he wants to develop into a big man with the ability to facilitate from the post, he's going to need to add a mid-range jumper to keep the defense honest. Otherwise, defenses are going to be able to sink off of him, creating spacing issues when he's on the floor.

And then, of course, there's that ACL tear thing that has people worried. One thing I can say to that is that Noel is one of the hardest-working guys I've seen go through Kentucky. He has a non-stop motor, much like Michael Kidd-Gilchrist, and when he says he's going to have a major comeback, I believe him. He was the heart and soul of the Wildcats, giving 110 percent effort on every possession and becoming a fan favorite from the moment he stepped on campus. If any college kid could recover from an ACL injury with the energy and focus you need to have for a full recovery, it'd be Noel.

I think Noel could become much like the player Joakim Noah has become in the NBA. He's not nearly as strong as Noah and he doesn't finish through contact like Noah, but with added strength these are things that could be developed in time. Lucky for Noel, he's only 19 years old. He has plenty of time to add weight. He has plenty of time to develop offensively. He'll most likely never become a dangerous low-post threat, but if he can add a high-post game at the NBA level with his already dominant defense, then he'll be an excellent overall player for years to come.

How does he fit in with the Magic?:

If the Orlando Magic win the No. 1 overall pick and select Noel, he will likely sit the entire season. The Magic will focus on the continuing development of their young core and will (probably) own a top lottery pick next season. 2014 would be Noel's rookie season, as the Magic would allow him to take as long as he needs to fully recover. Noel would face unreal comparisons. His two predecessors--Shaquille O'Neal and Dwight Howard--dominated in their stints in Orlando and fans will expect the same of the freshman out of Kentucky.

Orlando already has an extremely young frontcourt--Nikola Vucevic, Tobias Harris, Andrew Nicholson, Kyle O'Quinn--how would Noel fit in? That's something we would have to find out in 2014. The young frontcourt depth would be unreal, and seeing how Jacque Vaughn would manage those minutes would be interesting.

Still, my philosophy is that you select the best player available. And if Orlando wins the lottery and chooses to keep the pick, then Noel will be the best available player. If you're the Magic, you worry about your minutes and your roster management later. Too much talent is a wonderful problem to have and Rob Hennigan is a man you can trust with too much talent.