The Michigan point guard said in a radio interview he hears he could be drafted as high as second overall.

Share All sharing options for: NBA Draft 2013: Trey Burke assesses his own stock

Trey Burke is arguably the best point guard prospect in the 2013 NBA Draft, and the Michigan product believes he could be taken off the board as soon as second overall by the Orlando Magic on June 27th. "I'm hearing anywhere from two to six," Burke said in a radio interview on Wednesday, according to Mark Snyder of USA Today. "That's pretty much everything I'm hearing now."

Burke's projection has him going from Orlando's slot to the New Orleans Pelicans'. The Washington Wizards, Charlotte Bobcats, and Phoenix Suns will select, in that order, between Orlando and New Orleans. 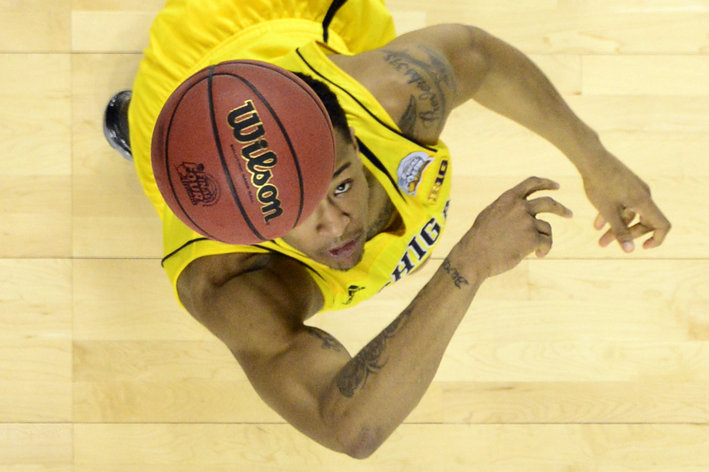 Burke's performance in the 2013 season earned him the Wooden Award for the nation's top point guard. The sophomore averaged 18.6 points, 3.2 boards, 6.7 assists, and 1.6 steals per game for the Michigan Wolverines.