Ty Tuesday: Dealing with Glen Davis and the starting lineup

In this edition of Ty Tuesday, we take a look at Orlando's rotation, and Tyler proposes a change to the starting lineup.

Share All sharing options for: Ty Tuesday: Dealing with Glen Davis and the starting lineup

The Orlando Magic, with the recent return of Tobias Harris and the previous return of Glen Davis, have gotten healthier over the course of the 2013/14 season. That's a fantastic development for those of us who watch the team on a nightly basis, but that--plus the oddly-constructed, overall depth at the power forward position--has put coach Jacque Vaughn in a bind with his rotations. 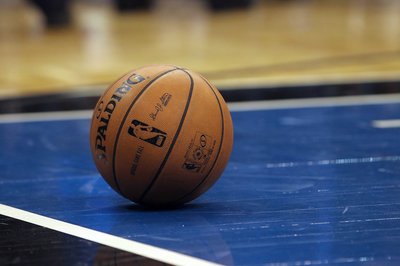 Before the season started, before Harris was out for the first month-plus, and before Davis returned from injury, I proposed starting Andrew Nicholson at power forward. But with Harris getting the nod as the team's starting small forward the last three games and with his diverse, potentially great offensive game, it's reasonable to believe that the franchise might value Harris' long-term potential over Nicholson's. With that in mind, I propose that Harris replaces Davis as the team's starting power forward and Davis serves as an undersized, back-up center.

Harris has played admirably in a starting role, averaging 16.3 points, seven rebounds, and 2.3 assists on 42.1 percent shooting from the field--on par with his averages at the end of last season. He looks, early, like he's capable as a starting small forward both on offense and defense--unless he's chasing guys around screens. But he's a match up nightmare as a power forward and that's where he gives opponents the most problems. This was most noticeable late in the Sacramento Kings game Saturday night. At the 2:05 mark of this video, Harris blows by Jason Thompson, a slow-footed, traditional power forward, for an and-one layup.

That's the kind of problem he can give defenses when he's lined up at the four. He has a solid handle, he's quicker than most big men, and he has range to the three-point line. In other words: traditional power forwards really can't guard him. He isn't quite good enough as a spot-up shooter to play small forward full time, but that (small) issue isn't as big of deal if he's playing as a stretch power forward. There, he doesn't have to shoot the ball like Ryan Anderson to be a problem; he just needs to shoot well enough to keep defenses honest, which he does.

"He's a two-guard," coach Jacque Vaughn said Monday, explaining that playing Afflalo at small forward--which he's had to do out of necessity--takes a toll on Afflalo defensively.

"I think when we can get him at his natural position at [the] two, it takes a load off him, because we're asking him to do so much offensively for us also."

Arron Afflalo--with Victor Oladipo moving back as the starting shooting guard--or Maurice Harkless can then fill the vacant small-forward position. Neither option is sexy, but it's the best the Magic can do with limited traditional swingmen. Harkless has plateaued a bit in his second season, but as a rookie his net rating was nearly 10 points better when playing alongside Harris, according to NBA.com's media stats site. Oladipo is always an option too--out of all two-man Magic lineups to play at least 150 minutes, only nine have a positive net-rating. The Oladipo-Jameer Nelson pairing is one of those lineups, with a plus-one rating, again according to NBA.com.

Davis and Nicholson are also one of those two-man lineups with a plus-two rating. There are a lot of factors in how these lineups work, but the telling part to the Davis-Nicholson pairing is that Davis, in that lineup, serves as the center, because Nicholson, obviously, isn't a small forward. According to 82games.com's lineup data, Davis has registered a PER of 15 when he plays as the five. That PER dips to 12.1 when he plays power forward. In addition, Davis has actually played better defense as a center. As a power forward, opponents post a 19.6 PER against him, but that number dips to 12.5 when Davis is lined up against centers. The league's power forwards are becoming more skilled and more perimeter-oriented: Davis just isn't athletic enough to effectively defend most of them. Centers, on the other hand. are still less mobile and less able to make plays on the outside: Davis, as a large, wide, strong man, has just the right skill-set to counter those larger, slower opponents. Two other solutions are trading Davis or simply not playing him.

The league's power forwards are becoming more skilled and more perimeter-oriented: Davis just isn't athletic enough to effectively defend most of them.

Trading Davis for almost anything besides another power forward would free up a lot of minutes for Orlando's young guys: he's eating up 31.4 minutes of playing time this year. That's 31.4 minutes a game that Vaughn could spread to Harris, Nicholson, Kyle O'Quinn, and even Harkless in certain smaller lineups. But trading him is a lot trickier than one would think. His $6.4 million contract is pricey for what Davis brings and it's tough to find teams around the league with similar contract match-ups that would want an undersized, defensive-minded, reserve forward-center who's owed $13 million over two years. That contract does become the coveted expiring deal in 2014/15, so maybe a team takes that fact into account. But finding the right trade partner will be quite the challenge for Orlando. The Magic might have to give up more than they want in order to trade Davis: he's not a sweetener, but rather the guy Orlando would dump on a team if it had to give up a sexier asset.

With that said, there's almost no way you can simply not play Davis. He shouldn't be playing 31 minutes a night--not with the young stable of power forwards at Orlando's disposal--but he isn't the kind of guy to spell a minute or there. He's an average mid-range shooter, a willing defender and a capable rebounder--Vaughn almost has to play him because he isn't bad enough to not play. On some nights, like a courageous effort he put forth against the New York Knicks on Monday, Davis can be quite a delightful contributor. That's what makes sliding him over to a full-time reserve center so intriguing. Orlando would be forced to play small with him manning the five spot, but he can defend centers and rebound, and his round-mound bully ball is a nice complement to Nicholson's rangy offensive game. Plus, he'd still get playing time as a backup center--maybe not 31 minutes a night, but the Magic would be better in the long run to give those minutes to young guys.

This is where Orlando's roster fluidity comes into play. It doesn't really have a selection of small forwards, but it does have guys who can slide there. Starting Harris next to Nik Vučević and pairing Nicholson with Davis on the bench means that Harris can simply slide to the small forward spot when Nicholson and Davis are in. Harris is skilled enough, as he's shown, to play on the wing, so starting him at power forward doesn't take away from his ability to play small forward; it just tilts his minutes from small forward to power forward, where he's more dangerous. And if Harris is struggling or in foul trouble, Afflalo has the ability to jump up to small forward.

With so many guys fighting to play one position, there really is no easy answer to Orlando's rotation. Vaughn hasn't yet found a consistent rotation and he hasn't really put guys into set roles, but that's much easier said than done with the Magic's roster construction. Add in that you still have to get guys to buy into less playing time and different roles, and it's a really tricky situation. There's no way to tell how Davis would actually accept becoming a reserve guy on a rebuilding team and that's a reason why Vaughn's job is so difficult. I'm glad I don't have to do it.