Maurice Harkless says "I want to play," according to report

The second-year Magic forward wishes he had a bigger role with the team, a report indicates.

Share All sharing options for: Maurice Harkless says "I want to play," according to report

Orlando Magic small forward Maurice Harkless wants to play more minutes than he has of late, reports Brian Schmitz of the Orlando Sentinel.

"I'm obviously not happy about it," Harkless said regarding his sporadic playing time, according to Schmitz. "I want to play. I can't control that."

The Sentinel scribe also writes that Harkless believes he'd have an easier time proving that he belongs on the floor if the coaches ran more plays for him.

Before Wednesday's loss to the Utah Jazz, Magic coach Jacque Vaughn told the assembled media that not every player can expect to see the floor every night. 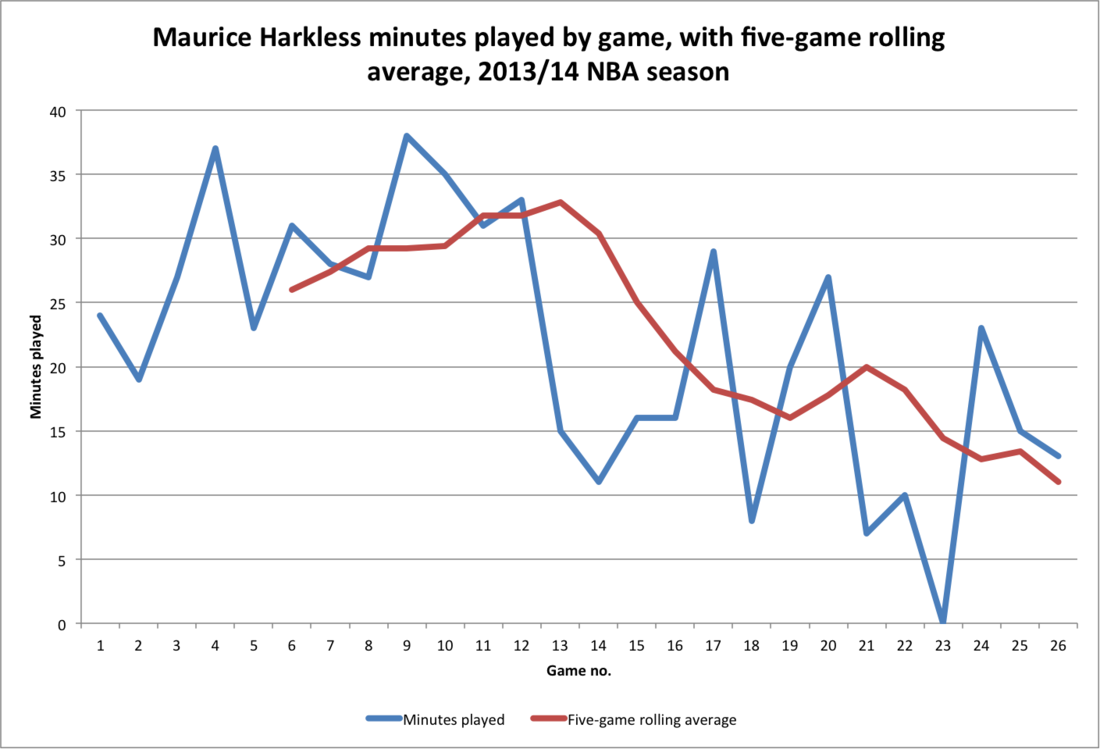 Maurice Harkless' role has diminished as the 2013/14 season has progressed, as this chart illustrates.

"There are gonna be pockets of the season where some guys won't play," Vaughn said. "[....] There's pockets where guys will not play. There's just not enough minutes."

As Schmitz writes, Harkless appears to be in such a pocket right now. Victor Oladipo's promotion to the starting lineup and Tobias Harris' return to health have put him in that situation.

Fortunately for Harkless and the Magic, the St. John's product is only 20, with the most room to grow of any of Orlando's core young players. The team can continue to bring his game along slowly and still reap the rewards of the prime years of his career.