The veteran swingman is making a push for his first All-Star appearance.

Through one-quarter of the season, Orlando Magic swingman Arron Afflalo has posted some All-Star-caliber numbers: he's averaging 21.6 points, 4.6 rebounds, and four assists per game on 59.1 percent True Shooting and figures to be in the proverbial discussion for All-Star consideration.

A quarter of the way through 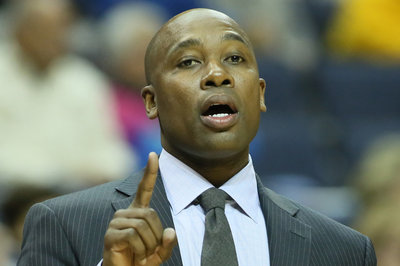 Orlando Pinstriped Post discusses several Magic topics, including Afflalo's strong play, in this look at the team's performance through 21 games.

Tom Haberstroh of ESPN Insider got that conversation started Wednesday in his PER Diem column outlining potential All-Star candidates in the East. When it comes to who should start in the backcourt alongside Washington Wizards point guard John Wall, Haberstroh has Afflalo in a close race with Miami Heat two-guard Dwyane Wade:

Put it this way: Wade and Afflalo have nearly identical PERs but Afflalo has sustained that level for 300 more minutes than Wade. That's no small thing [....] Wade will almost certainly start, but if this was based on merit, Afflalo could be going to New Orleans as a starter.

Fans vote for the five All-Star starters from each conference, with coaches selecting the reserves. While the coaches tend to favor representatives from winning teams--which Orlando, at 7-15, is not--Afflalo has played so well he might be impossible to overlook.

What do you think: is Arron Afflalo an All-Star? Should he start? Please vote in the poll embedded in this post and talk the subject over in the comments.