The team will officially announce Saturday it has exercised its options on the four youngsters, keeping them in pinstripes through the 2014/15 season.

The Orlando Magic will pick up the fourth-year contract options on Nikola Vučević and Tobias Harris as well as the third-year options on Maurice Harkless and Andrew Nicholson, Magic general manager Rob Hennigan said Saturday morning. The team will officially pick up those options at the conclusion of Saturday's practice.

The unsurprising move keeps those four core players under the Magic's control through the 2014/2015 season. Per the terms of the Collective Bargaining Agreement as Larry Coon explains it, the Magic had until October 31st to exercise the options on these players.

More on the Magic's core 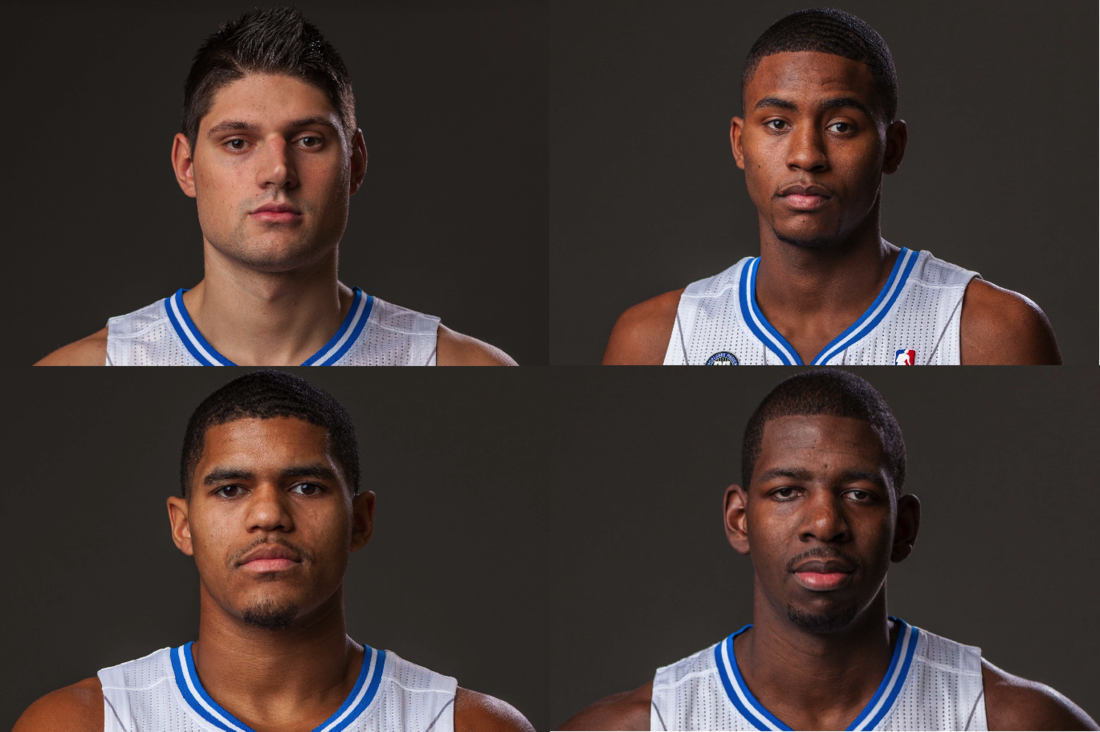 • Vucevic: An ace rebounder
• Harkless: Shooting the key to breaking out
• Harris: What to expect | His goal: All-Star
• Nicholson: Starter material | Rebounding not a strength | Canada's bright spot

Vučević and Harkless came to Orlando via the Philadelphia 76ers in the August 2012 trade involving Dwight Howard. In his first season with Orlando, Vučević developed into one of the NBA's top rebounders, averaging 11.9 rebounds to go with 13.1 points and 1.9 assists in 77 appearances, all of them starts.

Harkless missed the training camp and preseason of his rookie year due to offseason surgery to address a sports hernia, but soon won a starting role. He made great strides at both ends of the floor as the season progressed and finished with per-game averages of 8.2 points, 4.4 rebounds, and 1.2 steals.

Harris joined the Magic via trade with the Milwaukee Bucks at the February deadline. Freed from spot-minute duty in Milwaukee, Harris emerged in Orlando, leading the team with 17.3 points per game and adding 8.5 boards, 2.1 assists, and 1.4 blocks.

Nicholson was Magic general manager Rob Hennigan's first Draft selection, coming to Orlando with the 19th pick in 2012; the St. Bonaventure grad is also, improbably, the Magic's third-longest-tenured player, not counting the exiled veteran Hedo Türkoğlu. His per-game averages of 7.8 points and 3.4 rebounds don't astound, but his array of low-post moves and soft touch around the rim do.

According to ShamSports.com, the Magic's 2014/15 outlay for these four players will be just over $8.5 million. For comparison, that figure is less than $1 million more than Arron Afflalo is owed that year.