The Orlando Magic improved to 51-22 last night when they knocked off the Minnesota Timberwolves, 106-97, at Amway Arena behind Dwight Howard's 24-point, 19-board, 4-assist, 3-steal, 4-block brilliance. Our very own Bruce Maddox was there to take some photos, such as the one of Howard posting up Al Jefferson above, as Magic owner Rich DeVos (seated, first row, far left) looks on. Here's the best of Bruce's batch. 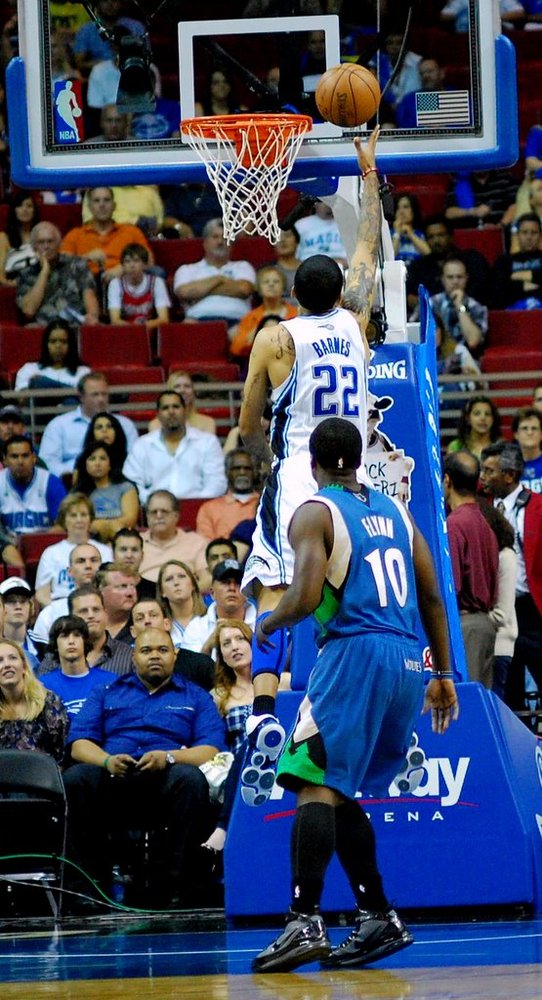 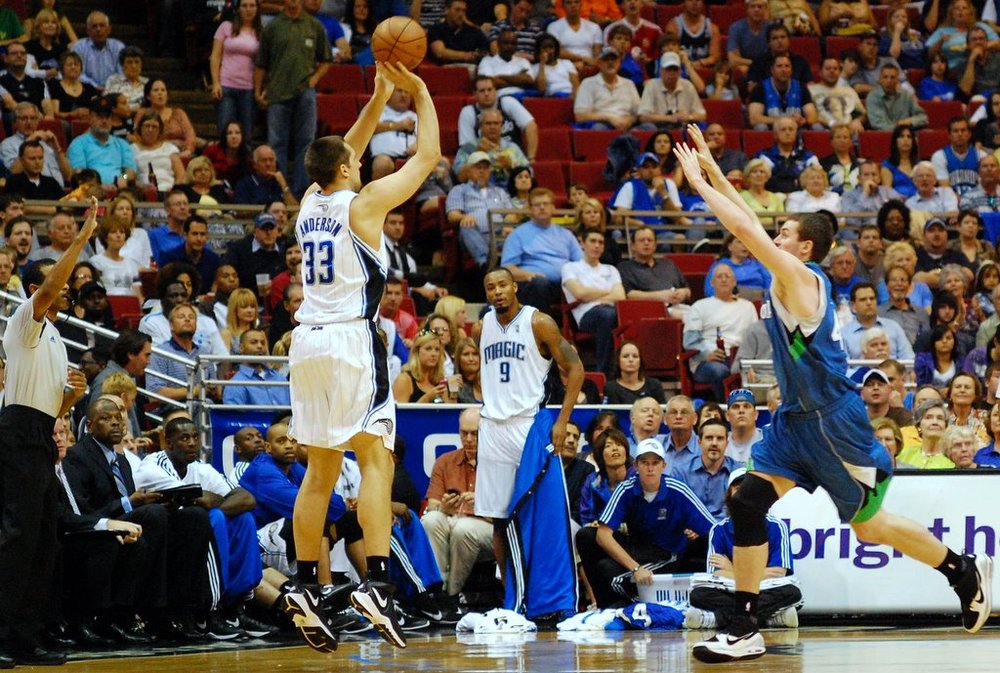 Just 25 seconds after checking into the game for Rashard Lewis, Ryan Anderson nailed his first shot attempt, this three-pointer, with Kevin Love closing in hard. Anderson shot so quickly that Lewis hadn't finished putting his warmups on by the time he released. He scored 19 points--just one shy of matching a season-high--and grabbed 9 rebounds in his first meaningful appearance in exactly a month. 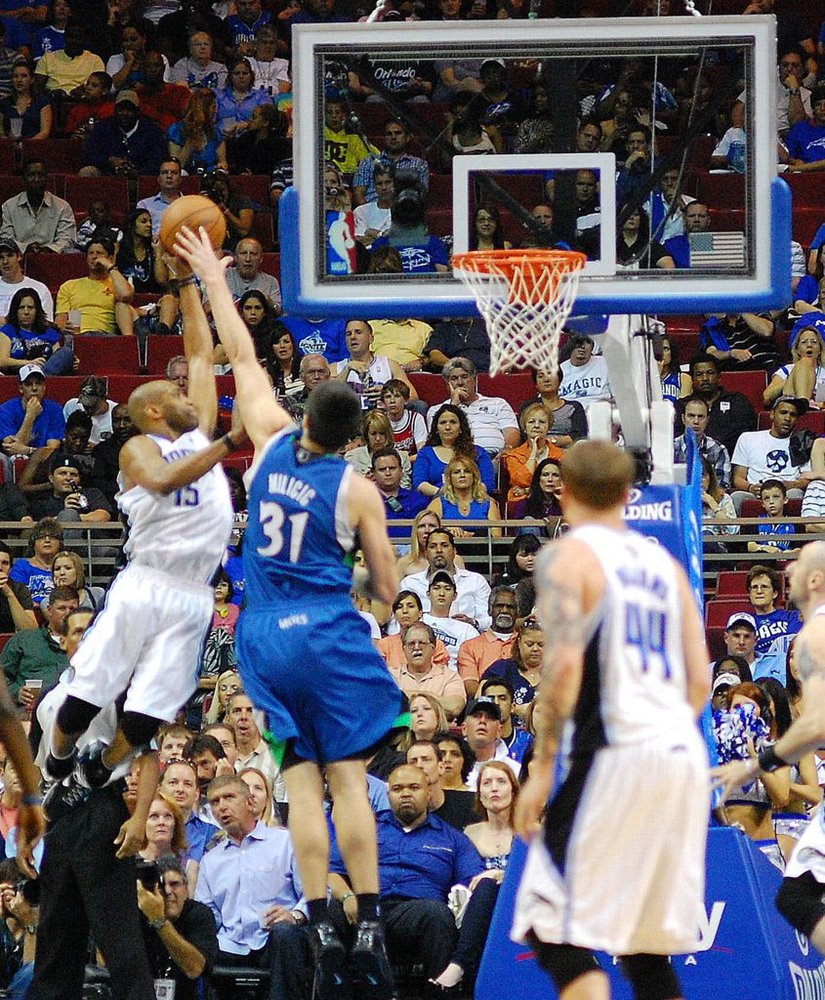 Vince Carter scored just 11 points, but none were more spectacular than this driving dunk over the defense of former Magic power forward Darko Milicic. 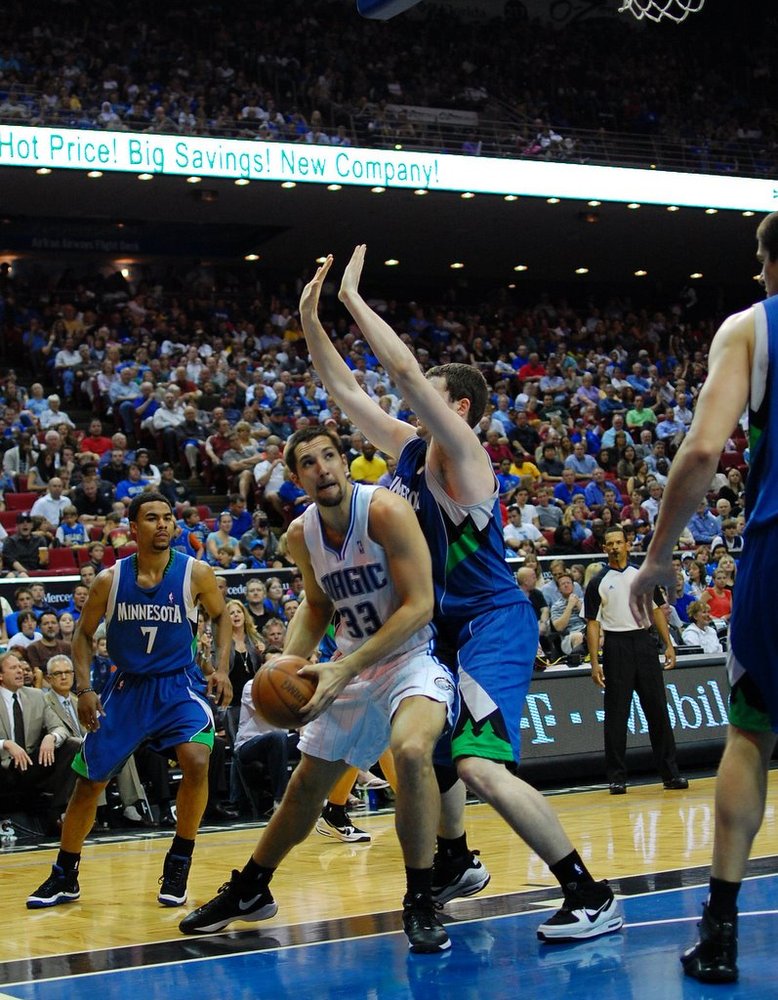 Anderson missed 6 of his 9 three-point tries, so he stayed aggressive and drove the ball inside. Here he gathers with Love defending as Milicic prepares to send the double-team. 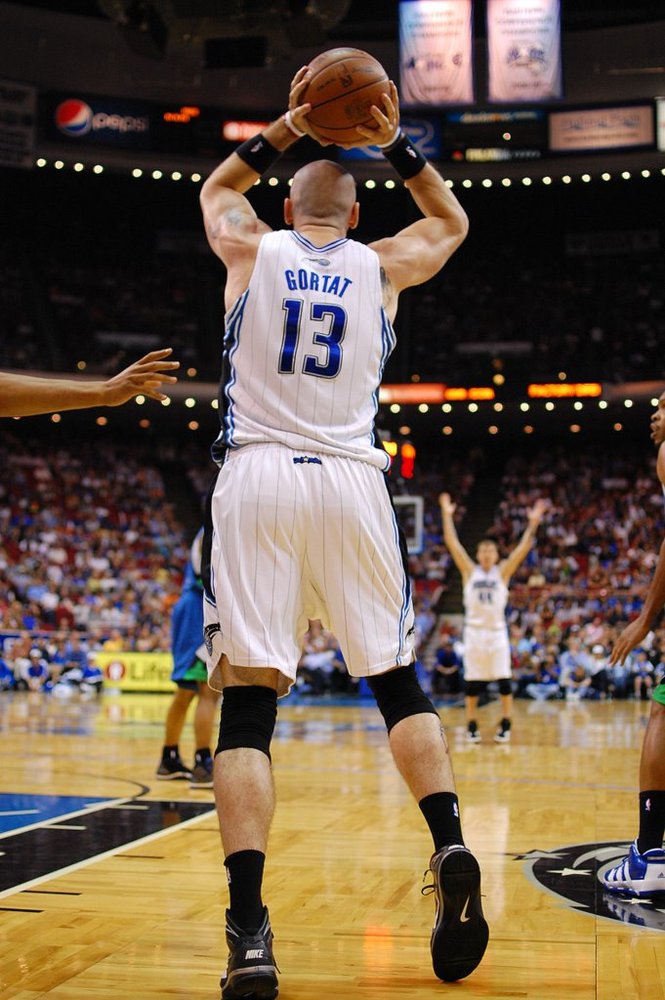 Marcin Gortat shot just 2-of-7 from the floor and missed an alley-oop dunk, but snared 7 rebounds in 17 minutes to aid Orlando's cause. After rebounding Jason Williams' missed three-pointer here, Gortat prepares to dish back out to Williams to reset the offense. Seconds later, Williams would drive the right side of the lane and dump the ball off to Anderson for a reverse layup in traffic.

Many thanks to Bruce for lending us his photography talents. We hope to have him return to Amway Arena to get more photos soon.