Bruce Maddox attended last night's game between the Orlando Magic and the Milwaukee Bucks and took some killer shots for us, like the one you see above as Jason Williams swings an around-the-back pass to Rashard Lewis on the left wing for 3. My favorite part of the picture? Bucks guard Charlie Bell is following Williams' eyes and appears to be making a break to cover J.J. Redick, who's trailing the play around midcourt. Lewis missed the three, by the way, which is rare for him in that spot: for the season, he's connected on 31 of his 73 attempts from that area.

A few more choice shots after the jump, including Dwight Howard making his presence felt on both sides of the ball.

Let's lead things off with a wallpaper suggestion: Howard scoring his first 2 points of the game off a pretty feed from Ryan Anderson. As you can see, Bruce tweaked this photo a bit to make it, uh, "pop." And this photo, like all others in this post, has been scaled to fit the site. You can click on it to view it at full size.

And here's Howard throwing in the first of three consecutive lefty hooks from the left baseline:

Vince Carter played one heck of a game last night, with a 17-point, 10-rebound double-double, his first since joining the Magic. Here, he sinks a three-pointer off a pass from Matt Barnes, who drove from the right corner (as is his wont) and found Carter at the top of the arc:

If you can find Barnes in the photo, you have better eyes than I do.

Howard's third blocked shot of the night as he swats a quite surprised Carlos Delfino. 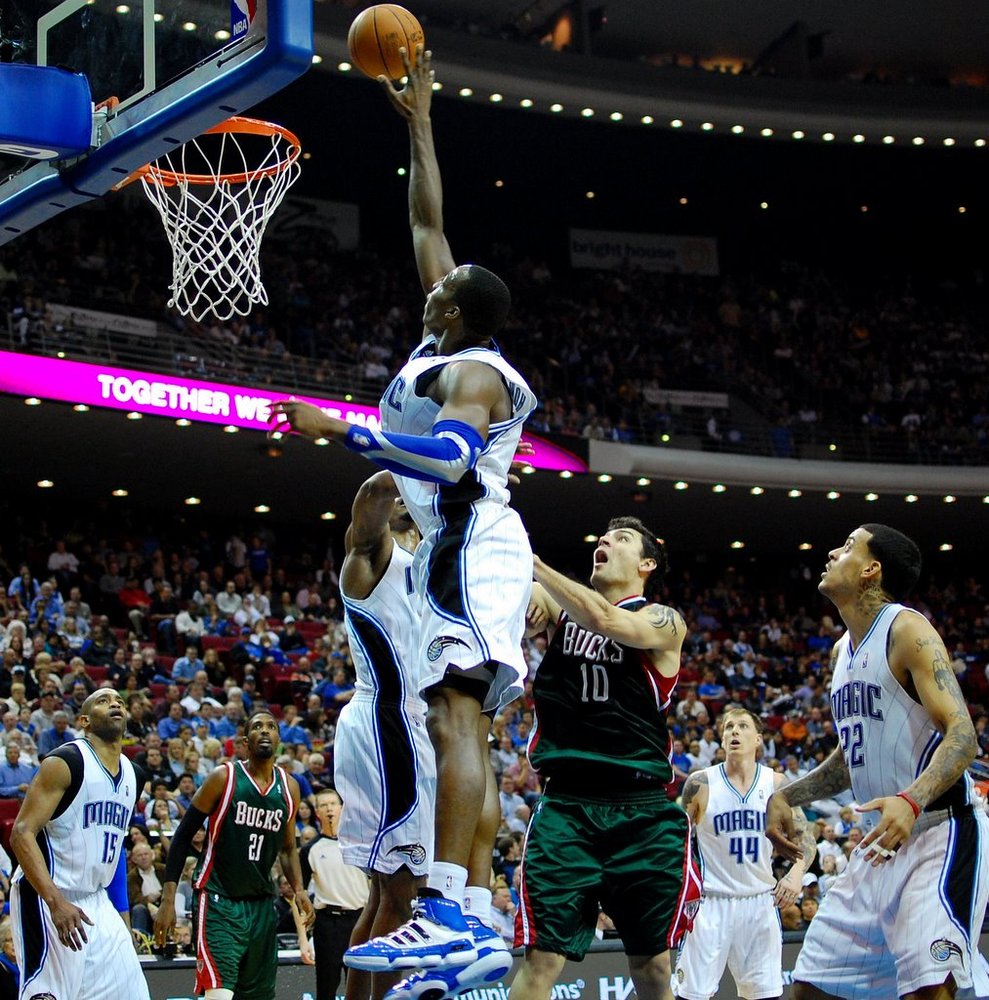 Bruce's angle seems to suggest that the officials could have rightfully whistled Howard for goaltending here.

Marcin Gortat finishes one of Carter's several beautiful feeds on the night with this layup: 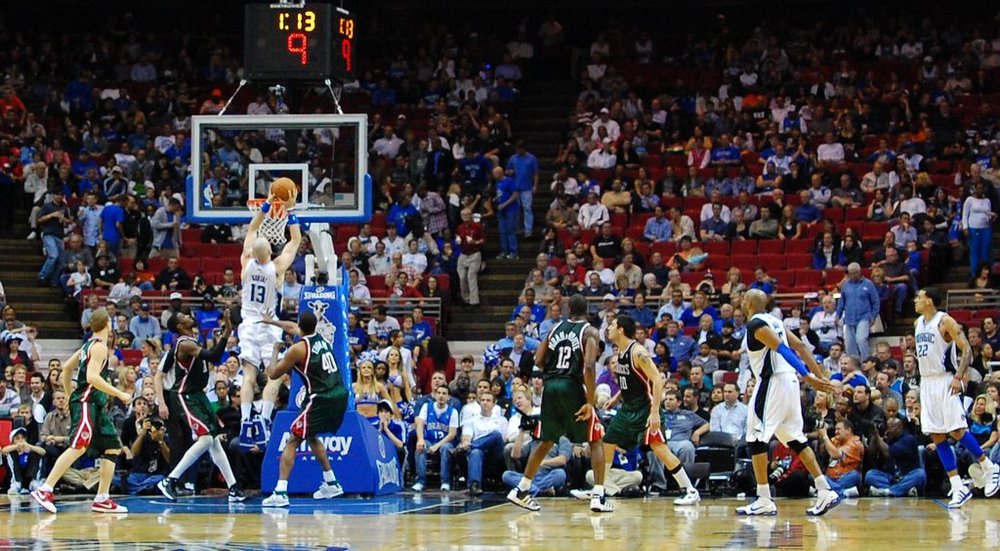 Barnes leaked out in transition several times. Here, he gathers the pass from Williams and prepares to go up strong with it: 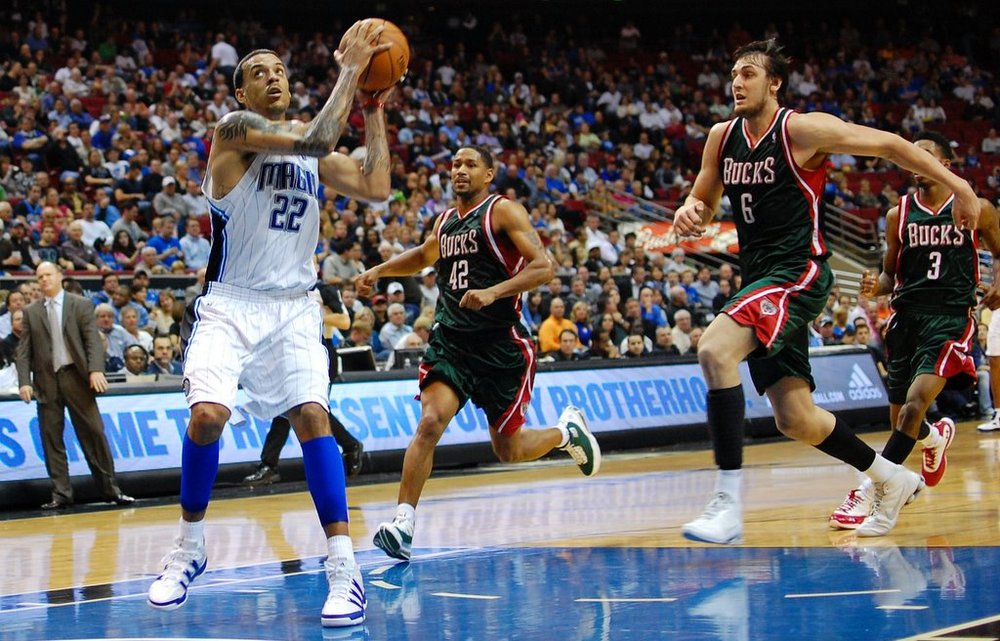 Howard spins past Kurt Thomas--he sure loves that left baseline, doesn't he?--on his way to drawing the foul and making two free throws. But he didn't stop having his way with Thomas there, as you'll soon see: 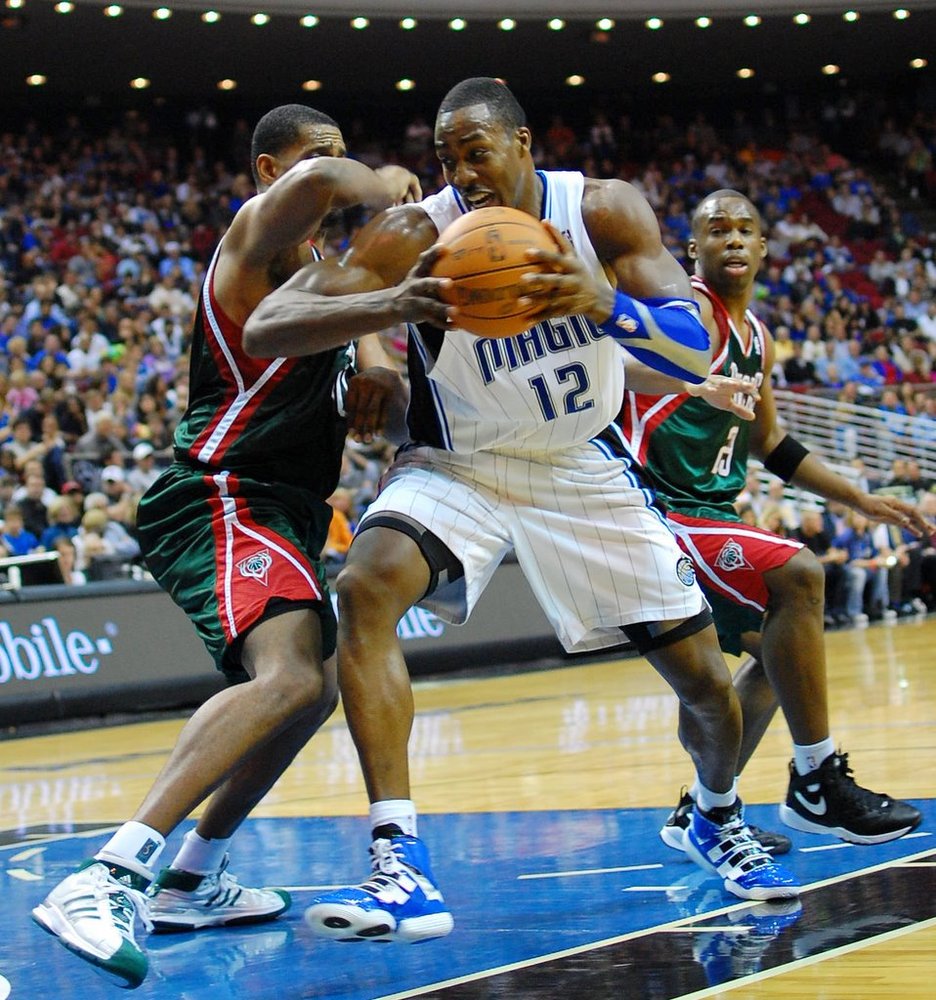 Seconds after making those foul shots, Howard came down and rejected Thomas' long two-point jumper attempt. Thomas sank several of them in the first half, so Howard was quite obviously ready when Thomas went up.

We'll end with this shot of Orlando's offense in motion, as J.J. Redick curls off a Rashard Lewis screen and awaits a pass from Carter, who took on a greater share of the ballhandling chores with point guard Jameer Nelson sidelined. 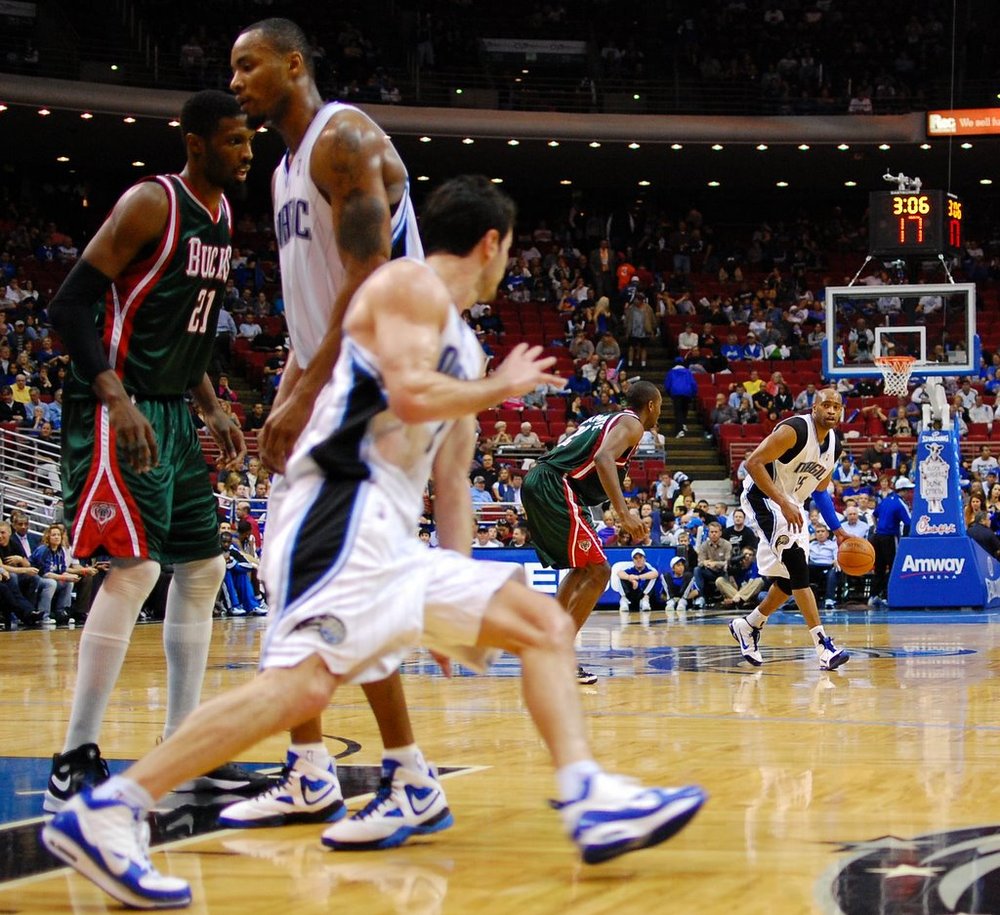 So those were some of the very best shots Bruce captured last night. You may see a few new ones pop up every now and again as needed. Thanks again to Bruce for taking these fantastic photos.