Yesterday, as you know, NBA Commissioner David Stern was in Orlando to check out the game between the Magic and 76ers, as well as take a tour of the Events Center (which is currently being constructed and slated to open in 2010). It's confirmed that Orlando WILL host the NBA All-Star Game sometime within the next few years, but Stern was hush hush about when exactly. The commish did have this to say about the building (via the Orlando Sentinel):

"It's a darn beautiful building. It's going to be a wow and I think the people of Orlando are going to be very excited about it."

The Magic were kind enough to distribute a few pictures of Stern's tour of the new arena with Orlando's Chief Operating Officer Alex Martins and President & Chief Executive Officer Bob Vander Weide. Take a look for yourselves. Enjoy. 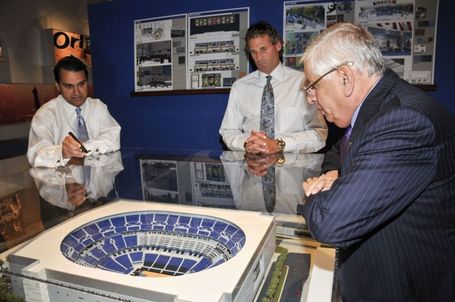 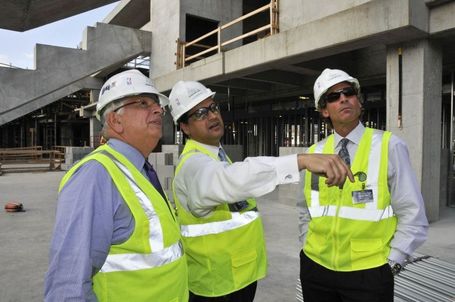 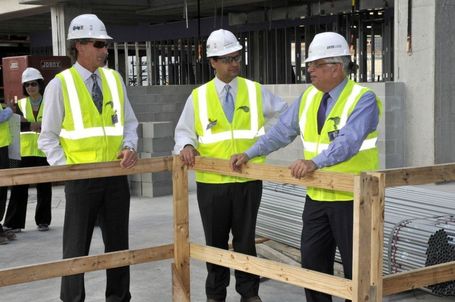