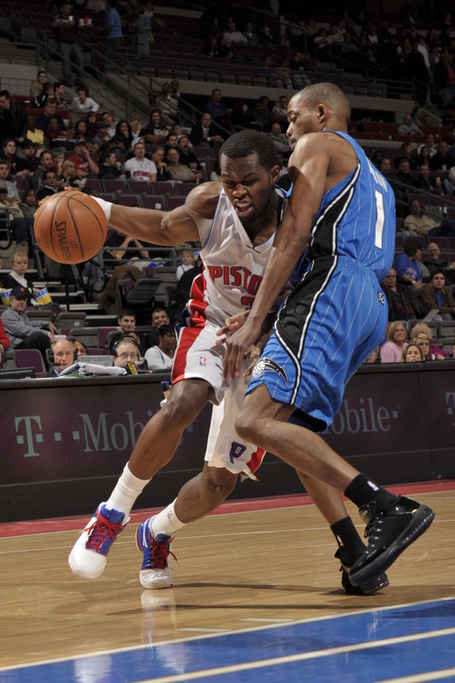 A few days ago, I touched on how exactly the Orlando Magic are successful on defense. I pointed out that the team does two things extremely well, a.) hold opponents to low shooting percentages and b.) keep opponents away from the free throw line.

However, although the Magic continue to rank among the league leaders in defensive efficiency, there has been a sub-plot developing with regards to opposing point guards having their way with Orlando the past few weeks.

When Jameer Nelson went down with injury, it was to be expected that the Magic would take a slight hit offensively. Even with the addition of Rafer Alston, it seemed it would be nearly impossible for Orlando's offense to compensate for the loss of Nelson's productivity. Yet, it appears that the Magic have been just fine in that regard (thanks to the increased production of Dwight Howard, Courtney Lee, and others).

Defensively, even with Nelson in street clothes, it was surmised that the Magic would be okay with Alston holding down the fort at point guard, and for the most part, the team has been able to maintain its rate of efficiency on defense. Nevertheless, after looking into some of the numbers, a small hole is developing on defense at the point guard position.

Below are Alston's numbers this season when he was a member of the Houston Rockets. As you can see, Alston played good defensively. Likewise, Alston's eFG% allowed was 48.6%. Needless to say, Alston's reputation as a good defender carried weight. 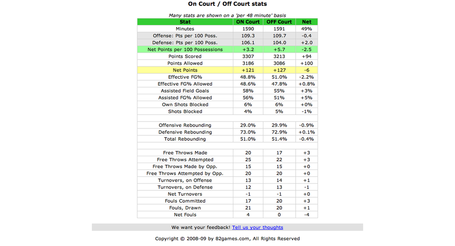 However, things have changed since Alston has moved to Orlando. If you glance below, you can see that his numbers have improved. Taking a closer look at Alston's eFG% and there is a dip in the number - 47.5%. A reason for the improvement, statistically, has to do with the fact Alston benefits playing with a slightly better defensive team (when comparing the Magic to the Rockets). 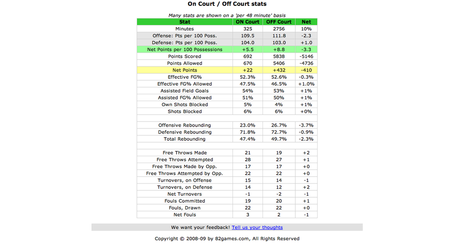 In a sense, a paradox is occurring because even though Alston has, indeed, been better defensively since his arrival to Orlando, there has been an increased trend of opposing point guards lighting it up versus the Magic. What's the deal?

Well, when Nelson was healthy this season, the main talking point for observers was how efficient he was offensively. Which was true. Yet, rarely was it mentioned how improved Nelson was defensively. If you examine the statistics below, you can see the improvement when comparing last year to this year. Granted, Dwight Howard's continued growth on the defensive end has influenced Nelson's numbers a bit, but not entirely.