The Orlando Magic Bench Is Better Than You Think

Share All sharing options for: The Orlando Magic Bench Is Better Than You Think

I'm going to make this post short and sweet because there's no point rambling on about a topic in which a statement can be made in a few paragraphs.

Contrary to popular belief, the Orlando Magic bench is not bad. Every so often, you'll hear or see 'experts' (whether it's online, radio, television, etc) proclaim that the Magic carry one of the worst benches in the NBA. A simple statistic that these critics will point to is the point per game total (23.1, 29th in the league) for Orlando reserves. At first glance, you'll see that the number is, indeed, awful. 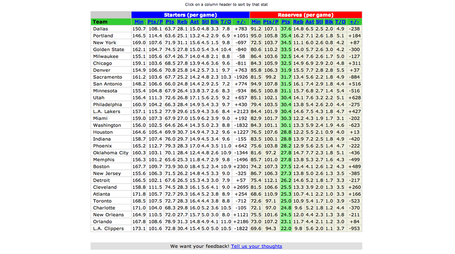 However, there's one problem when declaring that the Magic bench is terrible. It's incorrect to use the team's point per game statistic as evidence to back up such a claim. Why? Because an important variable is being left out - minutes (and pace, but that's not being discussed in this instance). Every squad in the NBA plays their collective group of reserves a different amount of minutes, so it's deceiving to use points per game when that number is skewed by time. 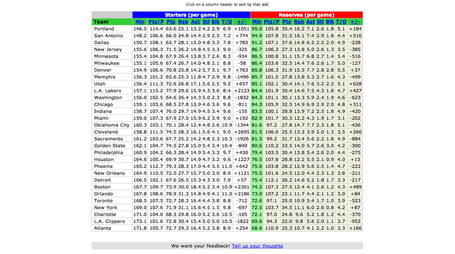 So, establishing the fact that time influences productivity, how does Orlando fare when eliminating the skewed nature of minutes and using points per 100 possessions to see where the team's bench compares to the rest of the league? If you look below, you'll see that the Magic take a big jump in the rankings (107.2, 7th in the league). Going a step further, the plus/minus ranking for Orlando reserves indicates the team's role players make a positive impact on the court (+84, 10th in the league). All in all, it's clear that the Magic bench is good. 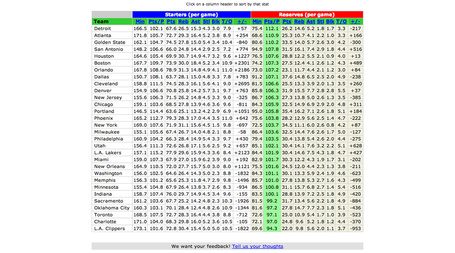 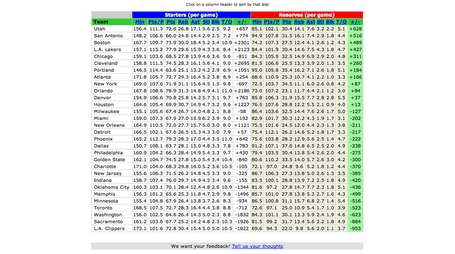 Big ups to 82games.com for the numbers.