To break the monotony a bit of reporting news, posting analysis, etc. about the Orlando Magic, I want to have some fun and create a little contest for the Third Quarter Collapse community today. As the title of the post indicates, I want to see which 3QC member can come up with the best caption to the picture below. 3QC has some pretty funny people here, so I think this will be a diversion everyone enjoys. 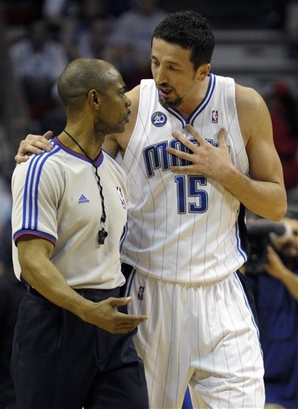