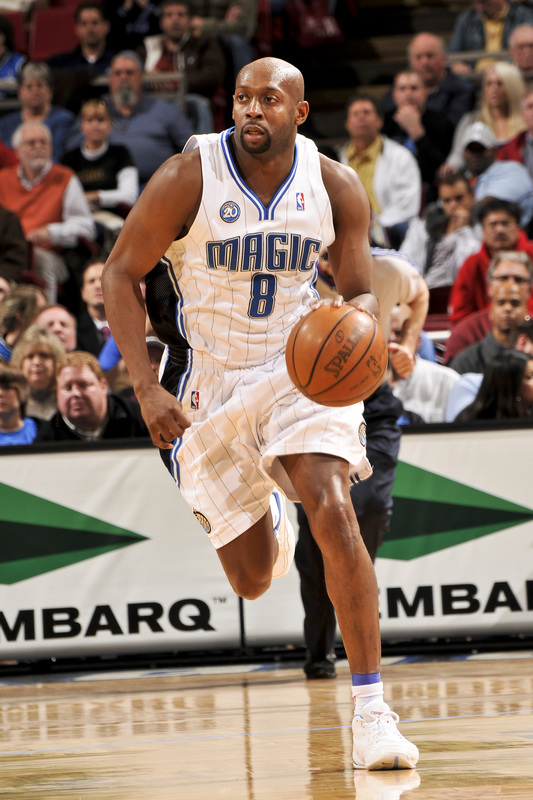 The Orlando Magic got major contributions from two unlikely players, in addition to Hedo Turkoglu, in their 125-96 victory over the Los Angeles Clippers. Anthony Johnson, the 12-year veteran forced into the starting lineup due to a potentially season-ending injury to All-Star Jameer Nelson, scored 25 points on 9-of-11 shooting, including a career-high 6 three-pointers. Courtney Lee, meanwhile, responded to his demotion to the bench by scoring a career-high 21 points on 9-of-10 shooting. The only Clipper for whom Orlando did not have an answer was Al Thornton, who had his way with Turkoglu and scored a game-high 27 points. Baron Davis and Zach Randolph, the Clippers' highest-paid players, combined to score 17 points on 6-of-21 shooting.

Johnson set the tone early, hitting four three-pointers in the first period for Orlando, which never trailed in the game. Although nominally a point guard, Johnson served mainly as a floor-spreading, spot-up shooter as Turkoglu handled the ball on most Magic possessions. We've derided Johnson for his poor play around these parts, but if there's one thing he can still contribute at the NBA level, it's the three-pointer. He's now at 43% from beyond the arc this season. Although he won't make 6 threes every night--he'll likely never do it again in his career--the Magic will probably be in decent shape if he can at least keep defenses honest.

Tonight's game was a great illustration of what a great coach Stan Van Gundy is. With only one day off, he was able to successfully tweak one of the league's most efficient offenses, which Nelson ran with precision. There were fewer pick-and-rolls, and in fact Johnson rarely forayed into the lane. That was Turkoglu's job, and he delivered. So, too, did Lee and J.J. Redick, who each had 4 assists playing some backup point guard minutes. That mark set a new career-high for Lee, and tied one for Redick. You're noticing a lot of the words "career-high" in this recap, aren't you?

What you may also notice is the absence of the names of Orlando's two healthy All-Stars in this recap; that's because neither Dwight Howard nor Rashard Lewis played particularly well. Howard struggled offensively, missing 7 of his 11 shots and 5 of his 9 free throws, finishing with 12 points. He did not show the same gorgeous touch he did against Monday night against Dallas, which he lit up for 35 points. He at least added 15 rebounds, though. Lewis, meanwhile, could not get his outside stroke going. Turkoglu and Johnson gave him good looks, but he did not convert, finishing with 7 points on 6 shot attempts in 28 minutes. Although the Magic had a robust 48-32 edge on the glass, Lewis contributed only 1 rebound.

Overall, the big win should be a good confidence-booster for the Magic, which needed it after potentially losing Nelson for the season. The only team-wide negatives tonight were interior defense, as Thornton and Marcus Camby got too many open looks right at the rim; and free-throw shooting, where they went 15-of-25. Other than that, it was a great night for the home team.