Looks like we have a fairly significant three-way deal that has been submitted to the league just before the trade deadline.

Well, the Orlando Magic fans spoke and general manager Otis Smith listened. There's no doubt that this trade is a direct result of the Magic's pathetic play these past few weeks, in which Orlando's offense has looked 'off'  and stagnant. In retrospect, I question the merits of the Keith Bogans/Tyronn Lue trade to begin with, but one could surmise that Lue can potentially usurp Anthony Johnson as the main back-up point guard the remainder of the season. Doubt anyone would complain if that occurred.

Let's be clear. The Magic will be shipping off a first-round pick but Orlando fans can rest easy because the upcoming Draft is going to be weak. Besides, should it really matter whether or not Orlando has a first-round pick in the lower half of the Draft? It's not like the team would make a good choice unless it's a top five pick, historically speaking (sans Courtney Lee and a few other players).

Also, what does this mean for the Magic in its pursuit to re-sign Hedo Turkoglu this off-season? Alston carries a contract that runs until next season, at approximately $5.2 million. Cook, who was traded, did have a player option for next year that he could (and probably would) have exercised. The cost? $3.5 million. Orlando does indeed add a teeny bit of salary, as a result, but ultimately it shouldn't hurt the team's chances of locking up Turkoglu long-term. There will be enough money available, after Turkoglu (presumably) opts outs & the contracts of Lue, Richardson, and Gortat expire.

As for the trade, Alston is an upgrade (his WARP is 1.7, Johnson's WARP is -0.1) to the Magic's current point guard situation but by how much? You be the judge. 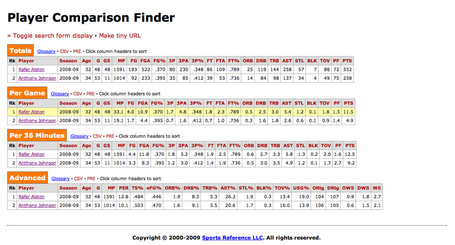 The main difference between Alston and Johnson is the fact that the former is a bit better offensively than the latter. Not by much, but enough where a difference is clearly shown. Alston isn't shy about chucking up threes, which is a welcomed tendency at the moment because Johnson has done a poor job of presenting himself as a legitimate option offensively. But that's the only difference between the two players. Alston isn't known to be much of a penetrator, and that's a problem because that type of threat is needed to keep opposing defenses honest. 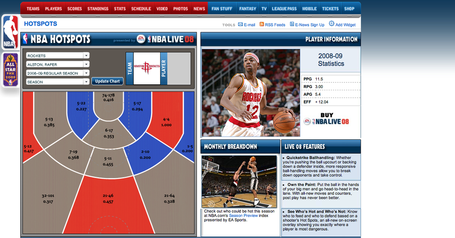 The jury is out on whether Rafer Alston will make a big im pact as a member of the Orlando Magic, but general manager Otis Smith should be applauded for acting proactively and making a move.