As promised, here are some of the photos Bruce Maddox, our photographer, captured during the Orlando Magic's game against the Milwaukee Bucks last night. Bruce probably won't take pictures at every Magic game, but will pick-and-choose games at our discretion. We're happy to have him, and his considerable skills, with us.

A selection of photos with contextual comments appears below the jump. If you'd like to go straight ahead to the photo gallery for this game, click here to head on over to Flickr. Note that I've scaled down the images below the jump, and that you can click on them to see a full-sized version

Magic head coach Stan Van Gundy said he called on Brandon Bass, and not Ryan Anderson, to back-up Rashard Lewis at power forward because, "I thought Brandon was our best matchup on [Hakim Warrick]." The first time Bass matched up against Warrick last night, he forced him to take this tough fadeaway, as seen here:

Arguably the turning point last night came when Bucks forward Ersan Ilyasova shouldered Vince Carter into the seats as Carter brought the ball up. Carter lay on the floor for a few minutes to gather himself, and wound up staying in the game. Orlando went on a 16-7 run to end the third quarter after that event occurred. 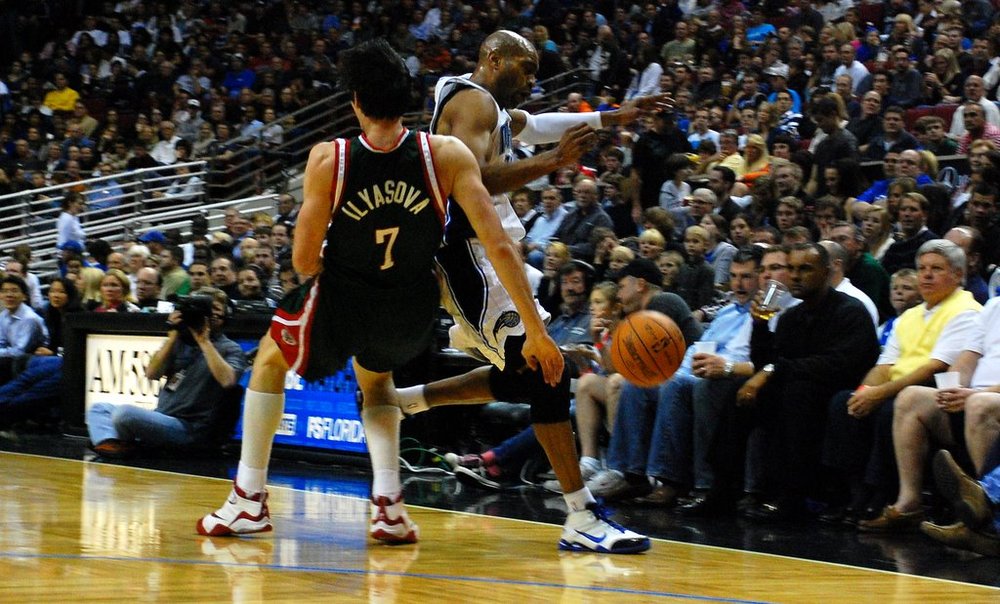 In the waning moments of the first half, the Bucks isolated Olympian shooting guard Michael Redd against J.J. Redick on the baseline, to the left of the hoop. Redd went into the triple-threat position... 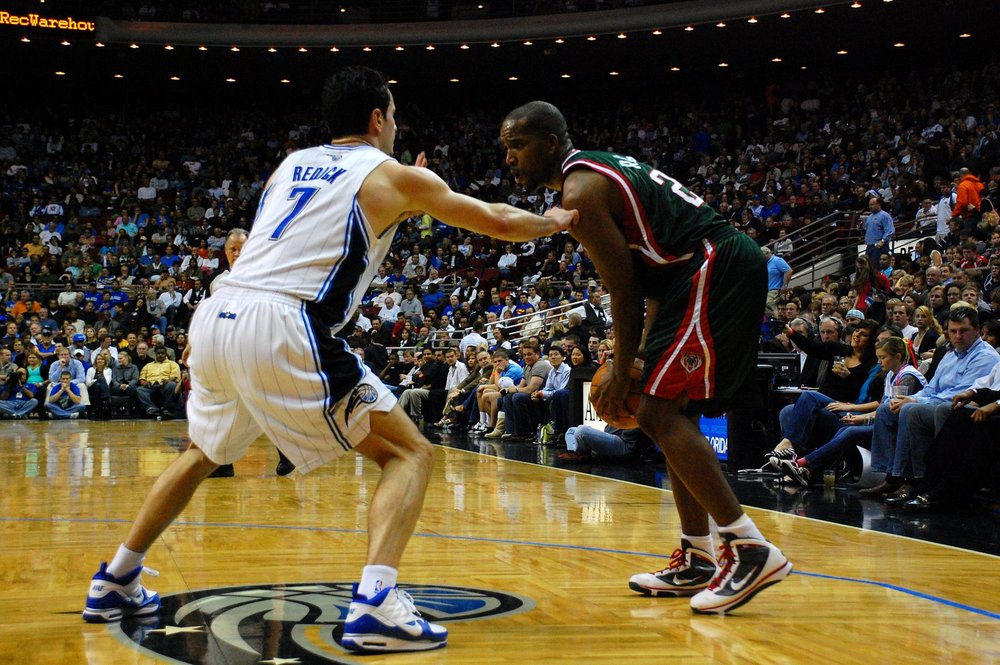 ... and eventually baited Redick into committing a foul by pulling up to shoot during the split-second Redick had his hand over Redd's. Redick disliked the call: 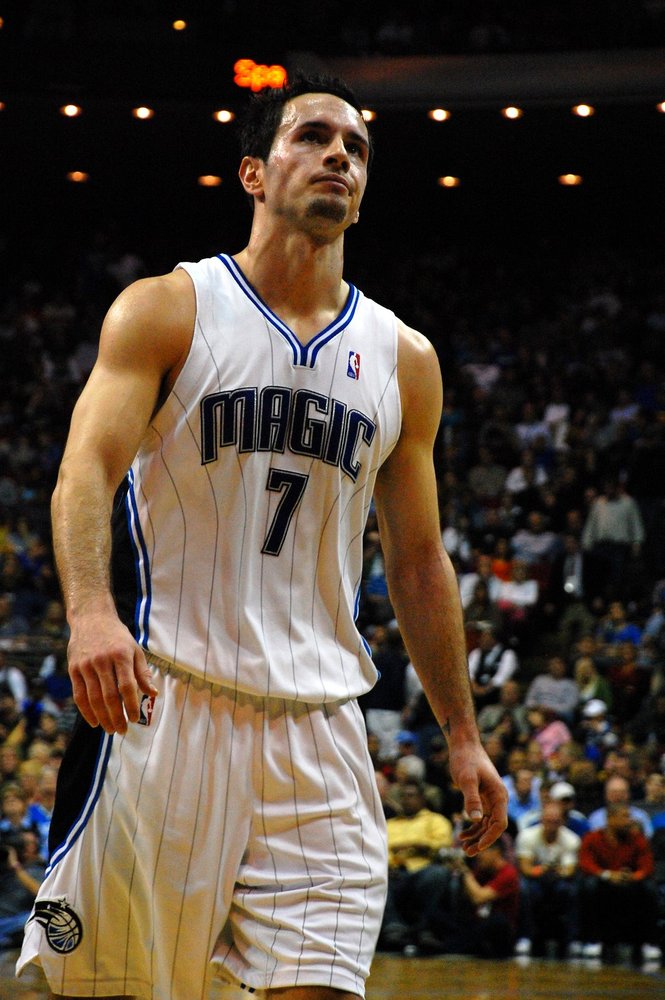 It wound up being a rough night for Redick, who also suffered the indignity of being virtually tackled twice on fast breaks by Luke Ridnour, who attempted to prevent an easy score. Here's the first collision. Note that Ridnour ultimately comes away with the ball in one hand and Redick's head in another: 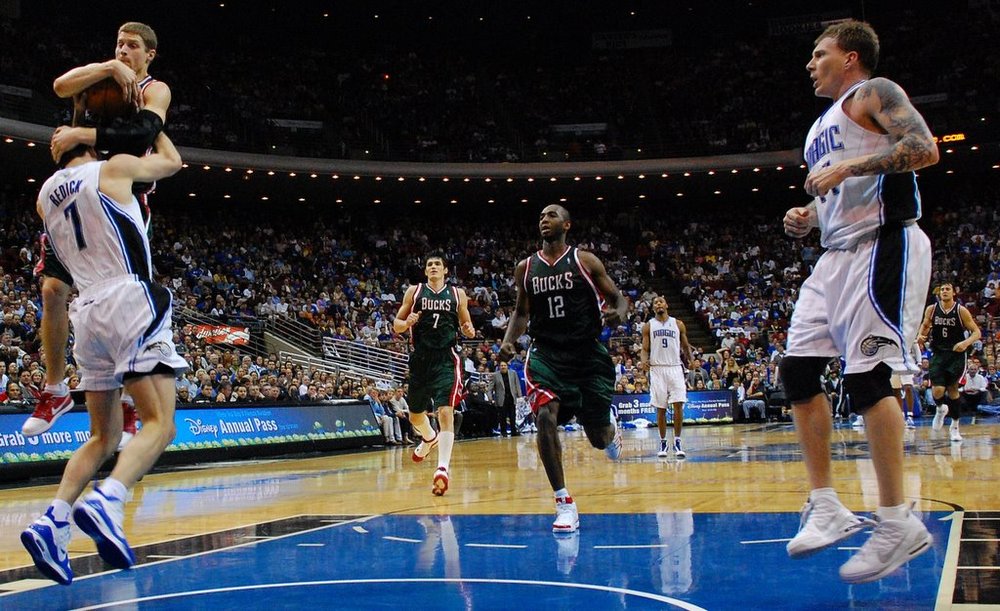 Humorously, Bucks coach Scott Skiles argued that the officials should have called a jump-ball between Redick and Ridnour, not a foul on Ridnour: 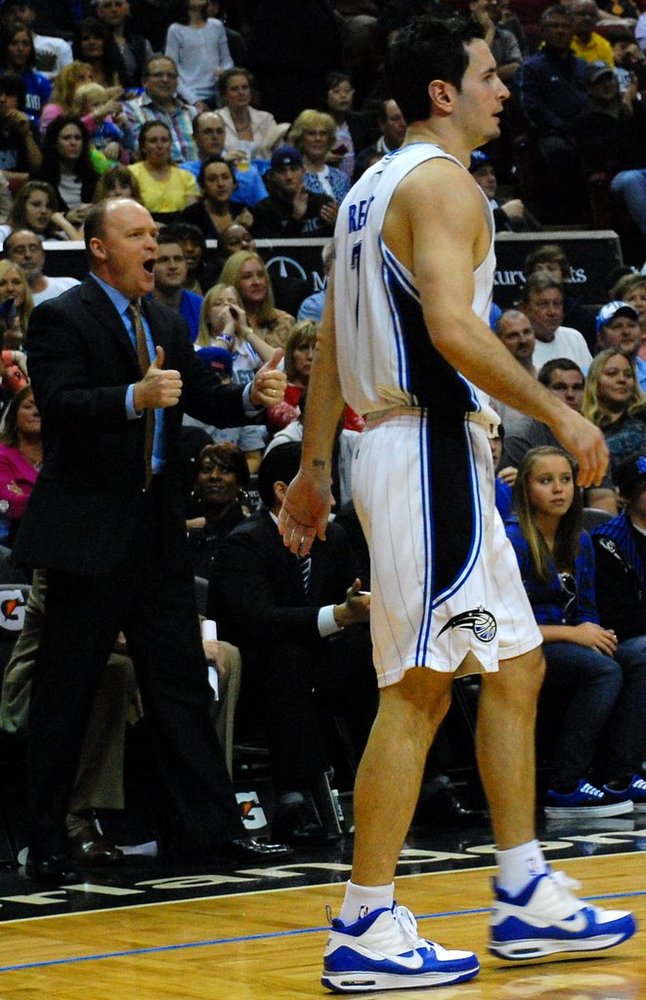 This photo depicts one of the several times Vince Carter drove through the Bucks' defense from the perimeter. There are plenty more shots of these drives in the complete photo gallery, which you can reach here.